Former Full House star Jodie Sweetin reveals that she married Morty Coyle over a year ago. Why announce the news now? 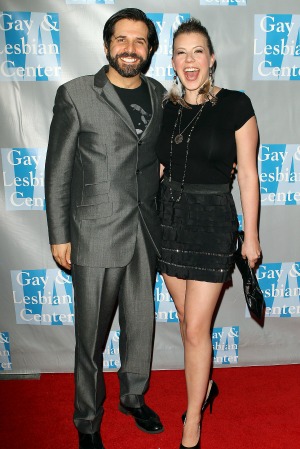 Former Full House star Jodie Sweetin decided to share photos of her secret wedding to People magazine. While that move is not very unusual, the date of when the wedding occurred is. They were married on March 15, 2012.

Sweetin and her now-husband, musician Morty Coyle, announced their engagement back in January 2011. The couple already shared a daughter, Beatrix, together, but the entire proposal was a surprise. As they told People, they had not planned on getting married “until there’s equality for everybody to get married.”

Even though there was going to be no wedding, Coyle revealed, “Just because we weren’t married doesn’t mean she doesn’t deserve a ring.”

Okay, got that? So, after that big fuss, they did get married a little over a year later in a very private ceremony. Now that they have celebrated their one-year anniversary, they are ready to share their news and photos.

Last March, they married in Beverly Hills with Sweetin wearing an Oleg Cassini dress and Coyle’s bandmate from All Day Sucker, Jordan Summers, officiating at the wedding. Their daughter, along with Sweetin’s older daughter, Zoie, from her first marriage to Cody Herpin also participated in the ceremony.

The couple shared with People, “We had wanted to keep it quiet and intimate for a while, but felt that on our first wedding anniversary, it was time to share! Our day was a wonderful, intimate celebration with each other and our families.”

Now, what about waiting for marriage equality in the U.S.? Well, the couple changed their minds.

Coyle said, “We saw that Prop. 8 was going to court to argue its constitutionality (which we knew meant it would be justly repealed) at about the same time that we went to our friends Ryan and Graham LaConnor’s beautiful wedding in Palm Springs. Seeing two people whose love was so pure and enriching to all those around them affected us so deeply that we both looked at each other and said, ‘It’s time.'”

No official ruling has been handed down from the Supreme Court, but a decision is expected sometime in late June.

Congratulations on your one-year anniversary, Jodie and Morty!