Check out our exclusive debut of the video for Andrew Ripp’s new song,
“When You Fall in Love.” 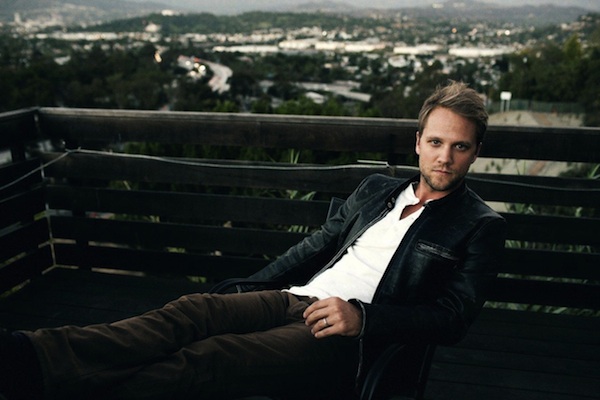 Even if you haven’t heard his music before, you know him. He’s that amazing guy with the guitar who just gets what it’s like to be in love. He’s that guy who somehow knows exactly what you’re going through and turns it into a song.

OK, so maybe you don’t know him personally, but if you listen to his lyrics, he certainly knows you.

Ripp has been in the music scene for a while, starting as a songwriter for singers like Ryan Cabrera and then developing into an artist on his own.

What’s up with Ryan Cabrera’s tattoo of Ryan Gosling? >>

Now, he’s just released his third album, Won’t Let Go. Ripp explains that this album was an extremely personal journey that listeners can relate to.

“As the songs came to life, I realized that these stories were for everyone because we all go through hard times and sometimes just knowing you’re not the only one can offer a moment of hope.” Ripp goes on to say, “This album is rooted in the idea of hope and love, and it is meant to speak life.”

The ideas of hope and love shine through in the upbeat love song, “When You Fall in Love.” He sings, “Even when it hurts there’s no regret and every breath you give is one you get.”

Check out the new Mumford and Sons video >>

Ripp explains, “This is a song about falling in love and the excitement of losing yourself in that relationship. What more is there to say?”

I guess there isn’t more to say, other than SheKnows is very proud to debut the video for Andrew Ripp’s new single, “When You Fall in Love”. Check it out:

Like the song and want to hear more? You can click here to buy Ripp’s third album, Won’t Let Go, available now on iTunes, and he’s out on tour.

May 16: House of Blues — Anaheim, California

What do you think of the song? Are you going to check Andrew Ripp out on tour? Let us know in the comments.