Paris Jackson was forced to grow up quickly when she lost her father at a young age, and now all she wants in her life is just to help people. 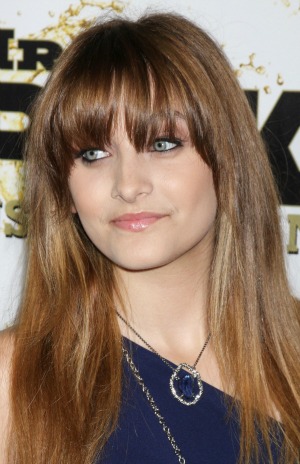 Paris Jackson lost her father, singer Michael Jackson, when she was only 11 years old, and it has matured her well beyond her years. Jackson recently spoke with Event Magazine and shared her dreams for the future, and how her father will figure into that.

Jackson told the newspaper that she has a goal to restore Michael Jackson’s Neverland Ranch for sick children. According to the UK Daily Mail, she recently visited the home for the first time in two years, and found that a very important part of her childhood was missing: the famous Ferris wheel had been removed.

“I cried and cried,” she said. “It’s beautiful there. It still has good energy.”

Jackson knows there is not much she can do as a minor, but plans to start the project as soon as she is an adult. According to the Daily Mail, she wants to restore the estate for “less-privileged children” to enjoy.

Prince Michael Jackson gets a job on TV >>

“He was an incredible father. We all loved him to death,” she said. “’He’d try to educate us as much as he could and was always looking out for us. He was very protective.”

Jackson currently lives with her two brothers, Prince, who is now 16, and Blanket, who is now 11. Michael Jackson did what he could to see that his children had normal childhoods because he didn’t feel he had one. That explains some of his seemingly weird behavior, Paris Jackson says.

“He didn’t want anyone to see what we looked like,” she explained. “That way we could have what he didn’t, which was a normal childhood.”

Those around the children are doing what they can to make sure Michael Jackson’s wishes for his children are coming true. Paris attends an “ordinary” school, and has even joined the cheerleading squad.

“I want to have a normal high school experience,” she said.

But that is not where her longing for normalcy ends. Paris told the magazine she doesn’t want to follow her father into the entertainment industry, but instead wants to be a heart surgeon.