Tonight’s episode of The Following once again smacked us upside the head with the point that no one is safe. Roderick is dead, Carroll is almost dead and Claire is next on the list. 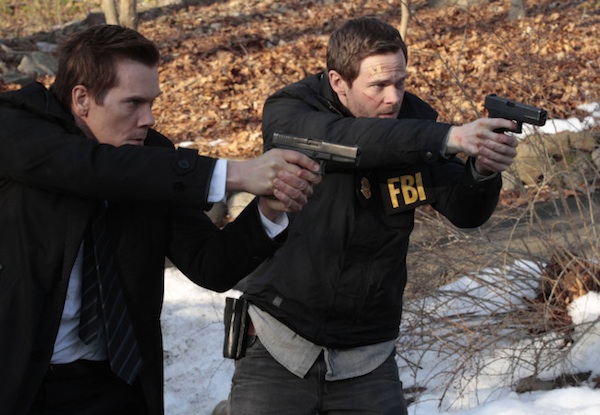 The Following gets its appeal from those jaw-dropping, terror-inducing moments we can’t believe the show would dare to cross. Tonight’s episode, “Havenport,” provided more than enough moments to ensure the near-finale is going to be insane.

The show opens with Weston (Shawn Ashmore) realizing Roderick is the one who almost beat him to death. He hears Roderick on the phone and recognizes the voice. Now, we love Weston, but he has been losing it lately. Not that we blame him. The guy has been almost-killed by the following twice now. Still, he doesn’t handle the situation very gracefully tonight. His reaction is to pull a gun on Roderick in the middle of the police station. None of the other officers have the slightest clue Roderick is a threat. Of course, they see Weston as the aggressor, and the police take him down, giving Roderick ample time to escape.

Fox renews The Following for a second season >>

Roderick races back to the cult house, where he tells Carroll (James Purefoy) what happened. Carroll tells Roderick to keep his cool. But that just makes Roderick even angrier, leading Carroll to get violent with him. Roderick storms from the house, taking an insurance policy with him (kidnapping Joey).

Carroll is furious with Roderick. He sends Jacob and two other thug-types to watch the police station in hopes it will lead them to Roderick. Carroll tells Jacob to kill Roderick once they find him and bring Joey safely back to the house.

Meanwhile, the FBI puts the pieces together and discovers the sheriff is in fact Roderick, Carroll’s right hand man.

As the news breaks, Hardy (Kevin Bacon) takes it upon himself to hold a press conference. He offers immunity to any follower that comes forward and reveals the location of the cult house. Hardy says it is only a one day deal, first come first served.

Want to stay on top of the latest gossip from The Following? Subscribe to our newsletter >>

Roderick tries to escape the town of Havenport, but the FBI has set up roadblocks all over the town. Roderick kills two police officers before the FBI catches on to his location and arrests him. When they arrest Roderick, Joey isn’t with them.

In fact, the FBI doesn’t even know Roderick has kidnapped Joey until Roderick uses it as a negotiation tool. Roderick tells Hardy he’ll give them Joey if the FBI lets him go free.

Nick refuses, saying the FBI won’t negotiate with a killer. 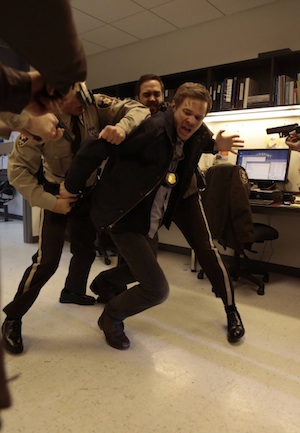 Hardy feels differently and takes it upon himself to free Roderick so he can find Joey.

Roderick leads Hardy to a house on the outskirts of town. Hardy clearly doesn’t trust Roderick but heads inside anyway. Once Roderick and Hardy are inside, the trunk of the police car pops open and Weston tumbles out. Turns out, the FBI is in on the whole thing. Nick and Parker are in touch with Weston and waiting to hear if Hardy is able to find Joey.

Roderick does hand over Joey to Hardy, but he also pulls a gun on Hardy. Before Roderick can shoot Hardy, Roderick himself is gunned down. But not by the FBI. Jacob and the thug followers had seen the FBI’s police car leave the station and had tailed it. The followers were responsible for Roderick’s death.

In the creepy house shootout scene that ensues, the thugs are killed, but Jacob manages to get his hands on Joey.

In the end, Jacob is cornered by Hardy who tells Jacob to do what is best for the kid and let Joey go. Jacob comes to his senses and leaves Joey behind. Hardy takes Joey to safety.

Claire (Natalie Zea) sees the news and knows Joey is in police custody with Hardy.

She tries to strike a deal with Carroll. She tells him that if he will leave Joey out of the cult, she will make a real effort to love him again. Carroll agrees and the two kiss. During the kiss, Claire pulls out a knife and stabs Carroll in the stomach.

He doesn’t die, though, and Claire is apprehended by members of the cult who hear the commotion. Claire is taken from the room.

Back at the FBI, a woman comes forward and says she’s a member of the cult. She says she’s unarmed and just wants to confess the location of the cult in exchange for immunity. As soon as the FBI begins to trust the woman, she pulls out a sharp pick and stabs Nick in the eye.

Carroll calls Hardy and tells him their story has taken an unexpected turn. It’s time for Claire to die. 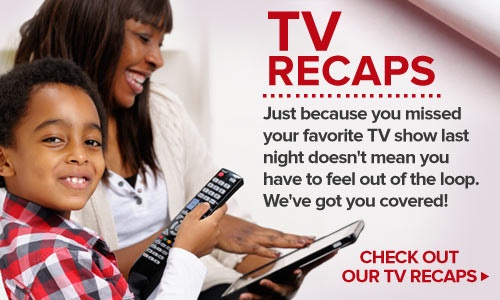