Survivor Season 2 winner Ethan Zohn is “OK” after running the Boston Marathon on Monday for his charity Grassroot Soccer. He shares his thoughts about the victims of the tragic events. 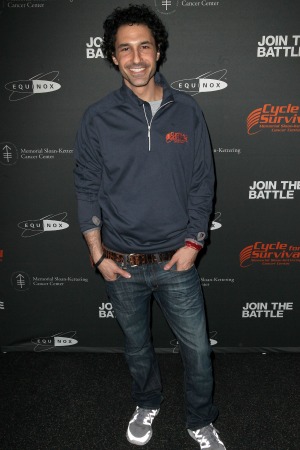 On Monday afternoon, tragic events unfolded in Boston with two explosions occurring at the Boston Marathon finish line. While the masses took to social media to share the news and photos of the shocking aftermath, Survivor Season 2 winner Ethan Zohn took to Twitter to share with his followers that he was OK.

He wrote, “I’m OK. Most importantly, praying for those injured and affected by this. Still don’t have a lot of info. Thanks for your love and concern.”

The 39-year-old was running the race for charity as a part of his work with Grassroot Soccer which describes its mission as using “the power of soccer to educate, inspire, and mobilize communities to stop the spread of HIV.”

Zohn is one of the co-founders of the philanthropic group. He used some of his earnings from Survivor: Africa to help fund the charity. He was once a professional soccer player in Zimbabwe.

The reality show star’s Twitter feed was used to update his followers about his progress during the race including photos and videos of his team. The last update on his whereabouts was close to the 19-mile-marker.

Less than an hour later, the former athlete updated his status that he was “OK.” There was no mention if he had crossed the finish line, but a quick check of the official athlete tracking site indicates he was not able to finish the marathon.

The race was understandably suspended when the tragedy occurred and runners were rerouted for their own safety.

Zohn has also battled Hodgkin’s lymphoma since 2009. His initial treatment rendered him cancer-free by April 2010. Unfortunately, his cancer returned in September 2011. The Massachusetts native was running his first Boston Marathon and his first big race after having a stem cell transplant in 2012.

In an official statement about his run, he said, “I’m feeling really lucky. The type of treatment I had, and the buffet of meds I am on, have a debilitating effect on my body… There was a time when I couldn’t even walk one New York City block. Psychologically, this killed my spirits. But the day I could jog a mile [again] was one of the best days of my life.”

We are glad to hear that Zohn is safe and the SheKnows family extends our thoughts to everyone affected by Monday’s tragic events in Boston.