Betsey Johnson has always been a little quirky. At 70 years old, the vibrant designer is still doing cartwheels down the runway. But after bankruptcy, what’s next? 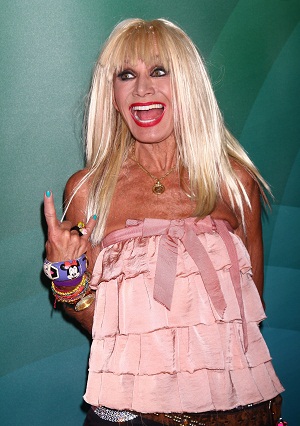 Long before Betsey Johnson was mass-producing her array of hot pink and black accessories for the likes of Macy’s, she was a serious designer taking the fashion world and New York by storm. To a certain extent, she was to fashion what punk was to music: wild, fun and most certainly edgy.

Over the years, her style and color scheme went from seeming slightly oddball to fitting right in to the fray of everyday fashion. When that happened, instead of skyrocketing the fabulous designer even further, it left her struggling to stay afloat. Perhaps that’s what happens when designers make clothes people actually want to wear and can afford to buy? Whatever the case, Betsey Johnson was forced to file Chapter 11 bankruptcy last year.

But, are hard times here and gone for Johnson? Not quite. But they’re certainly on their way to disappearing thanks to the financial help that comes with signing up for a reality show.

XOX, Betsey Johnson picks up where the bankruptcy left off and follows the 70-year-old as she struggles to overcome the hardship. The show centers around Johnson and her daughter, Lulu, as they move on. And will someone move out?

Check out the first promo:

It looks like the first season might prove to be emotional for any Betsey Johnson enthusiasts. The mom and daughter will visit their now-abandoned storefront in California. (And we never got our black tulle skirt!) They’ll also contemplate whether it’s finally time to look into separate living quarters. It won’t all be mascara stains and ugly faces, though. Bankruptcy or not, our illustrious, cartwheeling leader still has a fashion show to plan, and viewers will be right there beside Betsey and Lulu as they work their way through the backstage hysteria.

We can’t promise things won’t get worse before they get better. But, we can promise the Johnson girls will handle everything in their own wild way… and possibly with a splash of pink.

XOX, Betsey Johnson premieres on the Style Network on May 12.

Love fashion and/or television? We’ve got a newsletter for that! >>