The MTV Movie Awards show has been around for a long time now, and host Rebel Wilson was expected to make it a hilarious evening. She tried her best to make it memorable, so where did she go wrong? 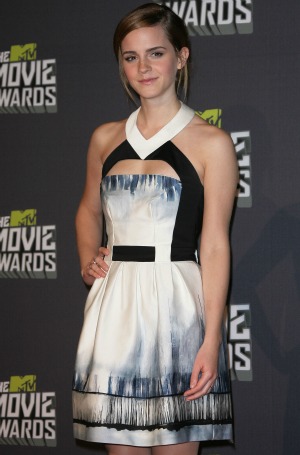 The MTV Movie Awards are now over two decades old, and you would think the network would have it down to a science. But Sunday’s two-hour show seemed a little disjointed and confusing.

MTV gives Bradley Cooper what the Oscars didn’t — an award >>

Rebel Wilson hosted in the way you would expect Rebel Wilson to host. The actress and comedian used her personality and humor to get through the show. However, a lot of her jokes fell flat and were a little dirty (the latter is nothing out of the ordinary for Wilson).

The Music Television awards show had musical performances that seemed like they were squeezed into the show only because they had to be, but the artists pulled them off in the end. Macklemore and Ryan Lewis performed a new song, undoubtedly to the disappointment of everyone hoping for their big hit “Thrift Shop,” but showed why they are one of America’s most popular duos right now.

Selena Gomez performed her new song, “Come and Get It.” The performance seemed fitting for the awards show, because Gomez is generally known more as an actress than a singer. However, her performance was a little strange, to say the least. The song was a mix of pop and electronic but sounded very overproduced (which isn’t necessary for Gomez since she has an amazing voice without production). The actress is trying to prove herself in the world of music, and her new song seems like it’s not going to do that for her. However, she did, as always, look gorgeous, and she showed off her newly single confidence.

The highlight of the awards show was the three big awards presented: the Generation Award, Trailblazer Award and Comedic Genius Award. The three winners, Jamie Foxx, Emma Watson and Will Ferrell, respectively, each received their awards graciously.

Each of the three actors arrived at the awards show knowing he or she was getting the award, and it was a great treat to see the highlights of the very different ways they made their way to stardom.

Jamie Foxx’s award was presented by Kerry Washington, an actress he has starred with in two films. Will Ferrell wore a suit that looked like it had money all over it, and he brought a fake wife and children up on stage and thanked them for their support. Emma Watson, the youngest of the winners, spoke about her future and what she hopes to do in Hollywood.

The Avengers were one of the big winners of the night and won the big award: Movie of the Year. The awards were especially important for the franchise because the Avengers 2 will be coming out in 2015.

Who else should join Will Ferrell as an MTV Comedic Genius? >>

Despite Rebel Wilson’s awkwardness at hosting, she was somewhat charming in the way only she can be. She pulled the show off, but mostly because of its substance: the movies. It’s the night Hollywood gets a little weird, and it’s easy to see what America is really watching.