The actor has accomplished what very few people thought he would, and MTV awarded him with the Generation Award Sunday night at the MTV Movie Awards. 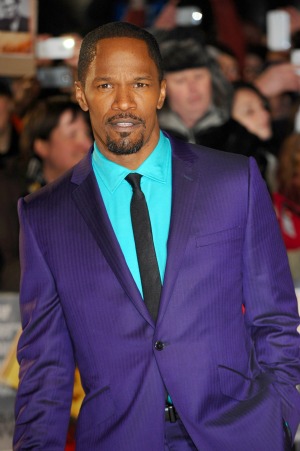 Since his first major role on In Living Color more than 20 years ago, Jamie Foxx has transcended boundaries and genres.

Starting as a comedian and eventually becoming an A-list actor, Foxx can truly be considered the actor of a generation. And MTV agreed. The network awarded Foxx the Generation Award Sunday night at the MTV Movie Awards.

The 45-year-old actor and comedian went on to star in shows like Roc and The Jamie Foxx Show, but he wasn’t really taken seriously in the world of film until 2004’s Ray. He won the Oscar in 2005 for Best Actor (as well as being nominated for Best Supporting Actor for Collateral that year).

Actor Tom Cruise welcomed Foxx into the “Generations secret club” and has nothing but respect for the actor.

“I love Jamie. First of all, he’s just an amazing human being, just so multitalented,” Cruise told MTV. “Here’s a guy who is an incredible musician. He’s an incredible comedian, and he’s just an extraordinary actor. I think he very much deserves it.”

Mike Tyson also showed his respect for Foxx. The actor has been mentioned as possibly being a part of a Mike Tyson biopic, and the boxer is obviously a big fan.

“He put in the work,” he told MTV. “Once he got the credit for Ray, that just gave him the key to the world. And, he deserves everything he got. It’s not like he’s some overnight sensation. This game doesn’t come easy and he achieved great stardom.”

Foxx showed up in a T-shirt commemorating teenager Trayvon Martin. He told MTV during the pre-show that he wants to make sure we work to protect our children.

Kerry Washington, who starred with Foxx in both Ray and Django Unchanged, presented Foxx with his award.

In his speech, Foxx said that if anyone ever tells you that you can’t do something, make sure you go out and do it.

Who won big at the 2013 MTV Movie Awards? The complete list of winners >>

Foxx was also up for Best Male Performance, Best Fight, Best Kiss and Best WTF Moment at the awards ceremony. He will next be seen in White House Down and The Amazing Spider-Man 2, as well as reprising his role as the voice of Nico in Rio 2.