The actor was nominated for a slew of awards this year for Silver Linings Playbook, but MTV showed him where his fans really are. 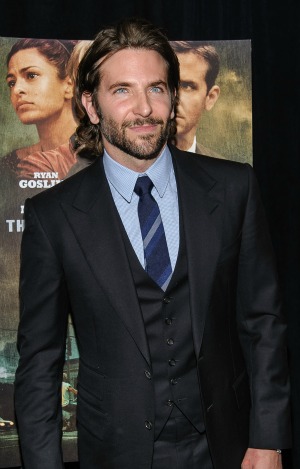 It’s been a long awards season for Bradley Cooper. He was nominated for almost 20 awards for his portrayal of Pat Solitano in Silver Linings Playbook. Cooper won a few of the awards, but not at the coveted awards shows such as the SAGs, Oscars or Golden Globes. He watched his co-star Jennifer Lawrence win Best Actress at the Oscars and Golden Globes.

Who else won big at the MTV Movie Awards? >>

But Sunday night, MTV gave Cooper what the major awards shows couldn’t — an award for Best Actor. Cooper was up against acting heavyweights like Daniel Day Lewis and Ben Affleck at the MTV Movie Awards but took the award home.

The win is a good indicator that Cooper resonates for a different generation than the other actors. He is known best for comedies like The Hangover and Wedding Crashers and, until now, has had a hard time being taken seriously.

With Silver Linings Playbook, Cooper has shown the world he is a serious actor who is in contention for major roles in Hollywood. He used the opportunity of winning the award to talk about what he learned from the film.

Silver Linings Playbook follows a man who was recently released from a mental facility, where he was sent after he responded violently to discovering his wife with another man. During his acceptance speech, Cooper said the best part of playing Pat Solitano was being able to travel across the country and meet all the vets who suffer from posttraumatic stress disorder (PTSD).

“More people committed suicide last year than died in the field of battle, and it’s an epidemic,” he said.

The actor has been working to shine a light on the disorder that is plaguing returning veterans.

Cooper stars in The Place Beyond the Pines and will next be seen in The Hangover III in May. He also has at least four other projects currently in the works and is likely to be one of the brightest new stars in Hollywood.

At the MTV Movie Awards, he was also nominated for Best Kiss, Best Musical Moment and Best On-Screen Duo for Silver Linings Playbook. Cooper seemed to understand how important the Best Actor award was.

“There is no way this movie would have had a life without the fans,” he said.