Recovering from last week’s shocking school-shooting episode, which has the internet abuzz with controversy, Glee is getting back to focusing on auditions and the upcoming regionals competition. 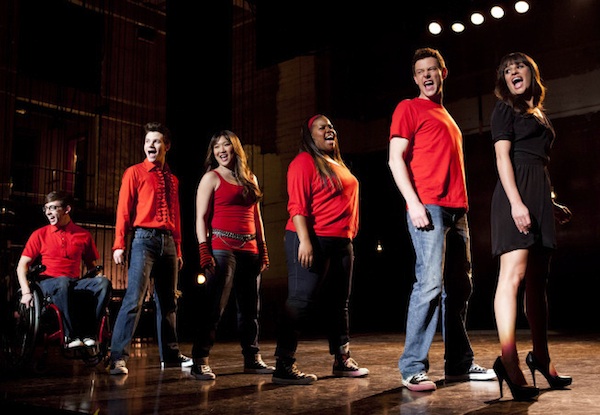 Last week’s episode still has everyone talking — even those who don’t watch Glee and didn’t even see the episode. No doubt that was the point. With gun laws and school shootings hot topics at the moment, Glee clearly couldn’t resist chiming in with an opinion of its own. This week is recovery time.

Mr. Schue (Matthew Morrison) has lost touch, according to Blaine, which means the glee club’s odds at regionals are looking bleak. No word yet on why Mr. Schue is having a breakdown, but my guess is it has to do with last week’s school shooting. Mr. Schue is the only one who knows Becky was really responsible for bringing the gun to school.

Roz Washington is taking over for Coach Sue (Jane Lynch). She definitely isn’t disappointed about Sue’s departure, and Mr. Schue looks like he’s going to give her a piece of his mind. We don’t blame him.

Last week, we didn’t see anything from our college characters, but this episode promises to catch us up on all their drama. Rachel (Lea Michele) has a Broadway audition for Funny Girl. As she copes with her nerves, she has a flashback of the very first time she sang with the glee club. The red shirts are returning as is the song, which gets permanently stuck in your head: Journey‘s “Don’t Stop Believing.”

Idina Menzel will also be making another appearance on the show. It looks like she’s helping Rachel prep for her audition. Nothing like a mother/daughter duet from two powerhouse singers to make a Broadway audition feel a little less daunting.

Plus, Puck is returning. We’ve missed his dumb-witted comments and charm. He’s living the college life, not that we expected anything less. From the looks of pictures, he and Finn (Cory Monteith) have a serious conversation. Hopefully, we’ll find out what Finn is planning next on his road to becoming a teacher.