Spoilers! Warning: If you haven’t watched Game of Throne‘s Season 3, Episode 3 entitled “Walk of Punishment,” it is strongly advised that you do not continue reading this. (Unless you don’t mind spoilers. Then carry on!) 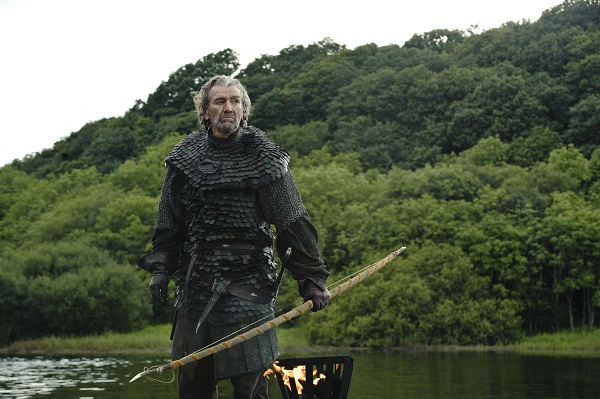 I want to talk about three moments in particular from this episode. So, here’s a quick rundown of everything else that happened:

Aside from all that, there were some magnificent moments this week that are worth exploring…

Lord Tywin calls a council meeting. When they all walk in, Tywin is at the head of the table, and all the chairs are along one side. Littlefinger/Baelish and the Spider sit down in the two chairs closest to Tywin. Cersei (Lena Headey, who is currently broke) grabs her chair and carries it around to the other side, to sit at the right hand of her father. Tyrion (Peter Dinklage) watches as everyone finds their seats and, when they look to him to sit, loudly drags the remaining chair to the other end of the table. Holy Symbolism, Batman! Not only is the physical distance symbolic of Tywin and Tyrion’s emotional distance, but the fact that they’re facing each other is so metaphorical for all the times they butt heads. The noise from Tyrion dragging his chair is great, too. Tyrion is nothing if he’s not causing a stir and unsettling people. Love!

Tywin seeks his revenge, though. Last time the father and son were in a room together, Tywin treated his son terribly and also swore Tyrion wasn’t worthy of any sort of title. He backtracks this week, though, by giving Lord Baelish a new title (one that would have been kind to give to his son) and turning over the tedious and stressful treasury position to his son. Tyrion wanted to do something, so Tywin finds, quite possibly, the worst job you can give someone who’s still from a respectable bloodline. Man, he’s such an a**! 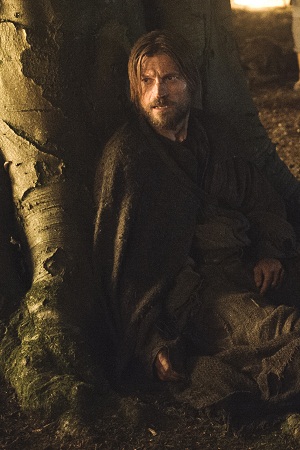 I’ve never believed Jaime Lannister to be a horrible person. On the long list of villainous people, he was far down. He even proves himself to be rather redeemable during this episode.

As their captors lead them through the woods, Jaime and Brienne chat. They start by teasing each other, as always. But it quickly grows serious. Jaime tells Brienne that the men will try to rape her that night. She isn’t all that important to the men, so if she fights, they’ll likely just kill her. He tells her not to fight. At the same time, though, he admits he’d certainly fight and demand to be killed before he’d want to be raped.

Later, as the men are dragging her off, Jaime tells the leader a story. Brienne is the daughter (and only heir) of Selwyn Tharth, Lord of Tarth, which is also known as Sapphire Isle because all of Westeros’ sapphires are mined there. When the man seems to not comprehend, Jaime reminds him that they’re gemstones — “the blue ones.” He tells the man that bringing Brienne back to Selwyn alive and her honor “unbesmirched” would be of benefit. In essence, he saves Brienne from being raped.

His kindness ends up causing him to be roughed up by their captives, but Brienne is saved and we see Jaime as… maybe not so bad after all.

The best moment ever

After Tyrion is reminded of how his squire, Podrick, saved his life at the Battle of the Blackwater (end of Season 2), he knows he needs to do something to repay the boy. Tyrion’s idea of repayment? He leaves Potrick in Baelish’s whorehouse with three gorgeous prostitutes and a sack of gold.

The next time we see Podrick, he’s returning the gold, much to the confusion of Tyrion and Bronn. Podrick says the women seemed to enjoy themselves and they refused to take the money.

That scene was definitely the highlight of the episode and easily where the show could have ended while still leaving viewers completely content. This episode of Game of Thrones was one of the best in a while, honestly.

What was your favorite moment this week? Did I forget to mention anything? Tell me everything!