Ashley Judd has joined Summit Entertainment’s hot new property, Divergent. She’ll star alongside Shailene Woodley in the film based on the best-selling novel. Judd will play a conflicted and worried mother. 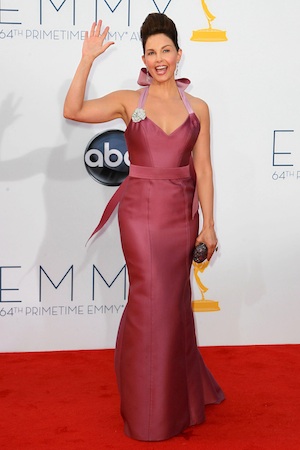 Ashley Judd has found a way into Summit’s Divergent. It’s the big-screen adaptation of Veronica Roth’s book of the same name. The actress has snagged one of the film’s last major roles.

Judd will play mama bear to Shailene Woodley‘s character, Beatrice Prior. The futuristic film is set in a “world where people are divided into distinct factions based on their personalities. A young woman (Woodley) finds out she is not a member of any group and must risk all to stop a war between the factions.”

It looks like Judd’s flirtation with politics was just that — a flirtation. She’s back to doing what she’s proven successful at. At the moment, her bid for Senate is taking a backseat.

Divergent is expected to be a major hit for Summit. The novel’s popularity plus the hot young cast is likely to be a winning combination. Woodley recently wrapped The Amazing Spider-Man 2, in which she plays Mary Jane Watson. Her star is definitely on the rise.

Production on Divergent began earlier this week in Chicago. The film’s directed by Neil Burger, whose previous credits include Limitless and The Lucky Ones.

What do you think about Judd joining the Divergent team?