Is The Rachel Zoe Project doomed? Rumors are running rampant that the show is about to be cancelled, but Bravo TV is singing a different tune. 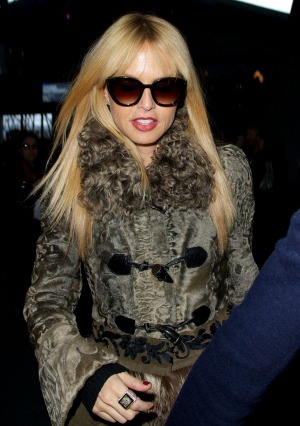 Is this the beginning of the end for Bravo TV’s The Rachel Zoe Project? According to Radar Online, it is. The entertainment site is claiming the reality show is on a deathwatch after low ratings in Season 5.

According to sources, “The decision has been made to cancel Rachel’s show… All we are waiting for is the announcement. The ratings are lackluster and Bravo has decided that Rachel’s show has run its course.”

The reasons include the departures of style assistants Brad Goreski and Taylor Jacobson and the fact that Zoe has switched her focus from styling to creating her own fashion line. Her personal life also changed significantly when she gave birth to her fashionably dressed son, Skyler, in 2011.

The insider revealed, “Viewers loved the drama of Rachel’s staff. There isn’t any of that anymore.”

There is also the rumored behind-the-scenes drama that the fashionista is upset that her show leads into Goreski’s own 30-minute reality show. After their falling out, she feels insulted that the cable channel would do that to her.

However, take all of this news with a grain of salt because E! News spoke with Bravo reps, who said, “Rachel and Brad [Goreski] are currently airing and NO decision has been made for the next season.”

Ratings for both reality shows are down over previous seasons, so it remains to be seen whether either show will survive another round. Bravo TV will make a decision at the conclusion of their seasons.

Fashion is so dramatic!