In a new round of bizarre tweets, Amanda Bynes made it clear she’s cut off all communication with her family and lashed out at the reporters who have publicly voiced their concern for the seemingly troubled actress. 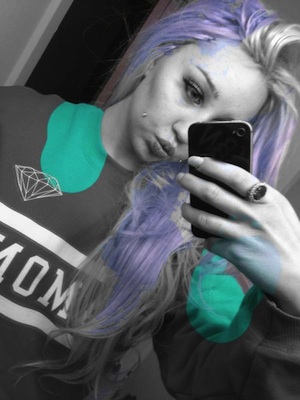 Amanda Bynes seems to be in a bit of downward spiral lately. Bynes insists that fans — and curious onlookers — follow her on Twitter and avoid the press for up-to-date and accurate information about the once popular teenage celebrity.

And while Bynes tries to convince the public she’s fine, her Twitter account reveals the actress is clearly struggling. In her latest Twitter rant, Bynes explained she has cut off all communication with her family and that fans shouldn’t trust what her friends say about her to the media.

Bynes tweeted on Thursday, “I don’t speak to my parents anymore, they don’t talk to reporters on my behalf. Don’t believe anything you read about me unless I tweet it.”

She continued, “My friends don’t speak on my behalf either. Please don’t read anything about me needing help. That offends me. Follow me on twitter!”

Amanda Bynes gets sexually explicit on Twitter about Drake >>

About an hour later, Bynes went off on gossip blogger Perez Hilton over Hilton’s concerns about her behavior.

Tweeted Bynes: “@perezhilton I’m so sick of u saying ur sincerely worried about me. At least pick a photo from my twitter if u won’t stop talking about me.”

She continued to vent: “@perezhilton leave me alone! You are the scum of the earth!! Pick better photos f****r!”

As of this morning, Bynes seemed to be a little more relaxed as she tweeted, “Twerking Out” to her over 600,000 followers.

We’re not sure why Bynes is so adamant that she’s not in touch with her family. Back in April 2012, her dad publicly denied his daughter had a drinking problem despite her DUI charge.

“She was not drunk,” Rick Bynes said to People magazine. “My daughter doesn’t drink.”

We follow Amanda Bynes on Twitter and have to admit that she may just be helping create the public image she currently loathes.