The legendary comedic actor is credited for inspiring some of the best actors today. He passed away Thursday at his home. 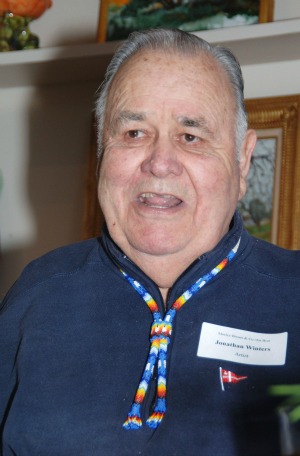 Many millennials may not know who Jonathan Winters is, but they probably know his voice. Winter, 87, died Thursday at his home in Montecito, California of natural causes, said the Associated Press.

Robin Williams to play president of the U.S. >>

Winters was a regular on the 1980s TV show Mork and Mindy and is said to have inspired many stand-up comics, including Robin Williams, Steve Martin and Jim Carrey.

Winters’ website had a short note that read only: “Rest in Peace, Mr. Winters.” According to the Internet Movie Database, Tonight Show host Jack Paar once called him “pound for pound, the funniest man alive”.

“Winters’ career began when he won a talent contest in Dayton, Ohio, which led to radio gigs and appearances at comedy clubs, along with comedy albums,” says USA Today. “He was a favorite guest on the late night TV circuit for decades, often appearing with Jack Paar, Johnny Carson and Steve Allen. And he often performed in character. One of his best known was Maude Frickert, an old lady with a quick and acid wit. He had his own TV show in the 1950s.”

Winters was also seen in almost 50 movies, including the 1963 film It’s a Mad, Mad, Mad, Mad World, The Russians are Coming The Russians Are Coming and The Fish that Saved Pittsburgh. In the 1970s he also had his own show, The Wacky World of Jonathan Winters. Children may know him best as the voice of Papa Smurf in 2011’s The Smurfs and the upcoming The Smurfs 2, but he has been doing voices on cartoons for decades. He also played the character of Grandpa Smurf on the original TV show.

“Jon’s a great man, a genius, and we’ve lost a genius,” he said. “How do you explain working with a genius who you grew up watching on Johnny Carson? Jon was Jon. He was the same way offscreen as on-screen.”

Winters’ wife Eileen passed away in 2009 at the age of 60 after a breast cancer diagnosis. He leaves behind two children and five grandchildren.