After memorable turns in films such as Silver Linings Playbook and shows like Dexter, her career is anything but disastrous but in her new film, she faces impending doom. 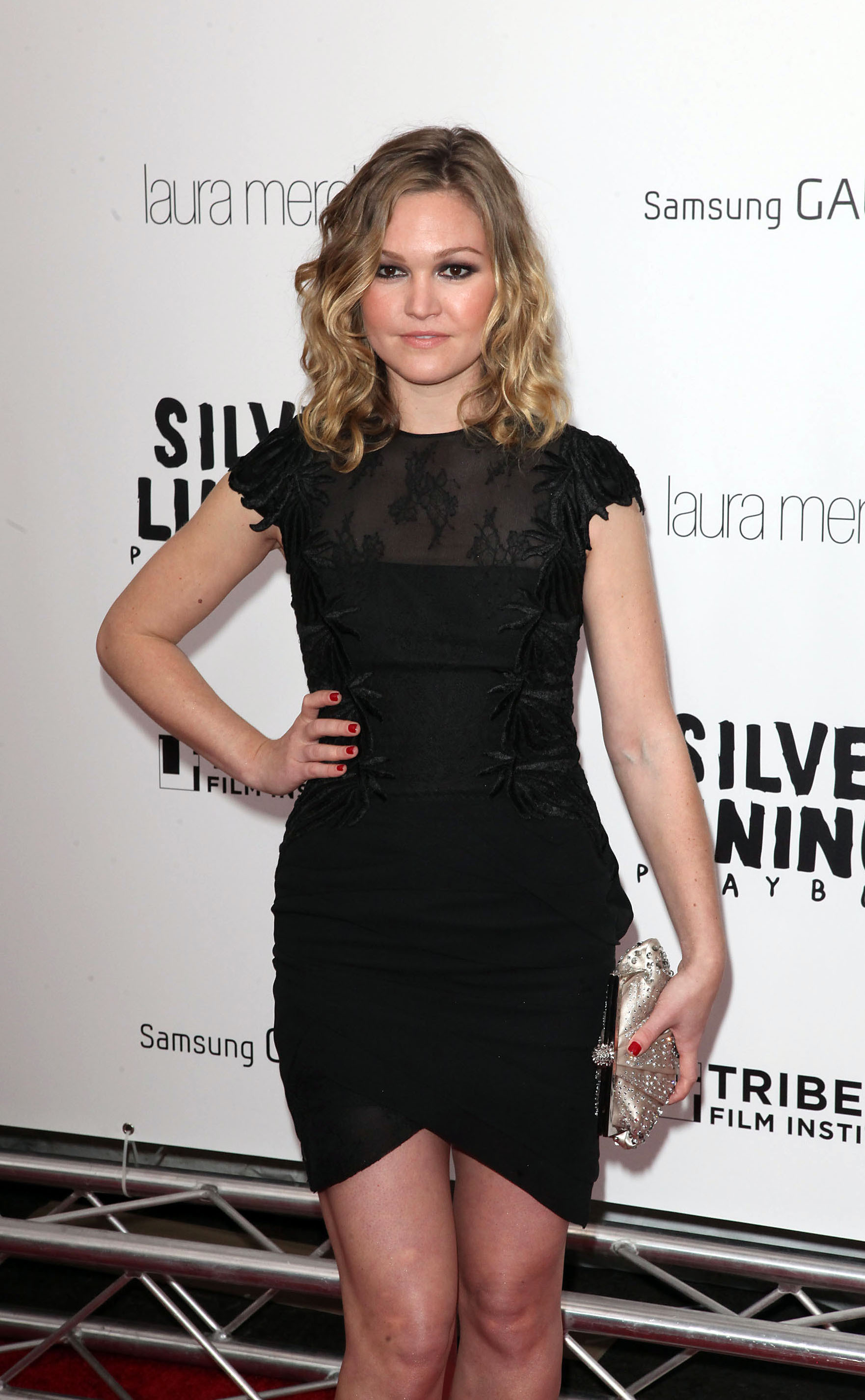 We’ve watched her in mainstream films like Ten Things I Hate About You and Save the Last Dance more times than we can count, but these days Julia Stiles gravitates toward smaller projects.

The actress recently appeared in the web series Blue as a single mother/escort and is set to star as Mary Pickford in the biopic The First.

Her latest project, It’s a Disaster (currently in theaters and available on VOD), centers on four couples who meet for brunch only to discover the world is ending. Tensions flare and emotions collide as the group is forced to remain in the same house with one another during the onset of the apocalypse.

SheKnows had the chance to chat with Stiles about changes in the film industry, the confines of working with a single set and where she would not want to be on doomsday.

SheKnows: One thing that’s so great about It’s a Disaster is that the male and female characters have very dynamic well-constructed backstories, and that’s rare. Sometimes women kind of fall by the wayside; they’re not as well-developed. Would you say it’s rare to find a script like this?

Julia Stiles: What I liked about the script is that it’s specific to Todd Berger’s sense of humor, which is very witty and character-driven. That I think is kind of rare. It’s not just one gag after another. There’s a well-crafted plot. I don’t really decide if I’m going to work on something based on if it’s rare, it’s more just an instinct and if I would want to go see this movie. When I read the script I was laughing and that made me want to be a part of it. I do like also in an ensemble comedy [that] all the characters are very distinct and different.

JS: The actresses in the movie got together and had dinner one night before we started shooting, and we were all looking at each other going, ‘Todd Berger must really like women, or understand women because he wrote four very full characters for the girls.’

SK: That was one of the great things about it. And did you find that it was constricting to have one specific wardrobe and be confined to one setting the whole time?

JS: No, I thought it was great. First of all, it made it really easy to drive to work every day. I live in New York and I had a tendency to get lost in L.A. It also kind of simplified everything… so much more about these people and less about the location.

SK: There have been a lot of changes to the film industry in recent years: Online shows are common — you’ve starred in one — and video on demand is common where people can access a movie right in their home. You’ve been in this business a long time. How would you say these changes affect your choices as an actress, if they do at all?

JS: I still make my choices based on the material, and if it’s something that I would want to watch, and also, usually if it’s people that I want to work with, and a role I think I can contribute to, regardless of the platform, but I do take [that] into consideration. I think that distribution platforms are hard to predict, also. So I’m sort of open to any platform as long as it’s a story that I’m interested in. You know, I sometimes worry about attention span. If you have an audience in a theater, you can have a story that evolves slowly. But if you’re competing with Facebook and you’re competing with email, you’re competing with whatever is going on in the house — [like] phone calls — then I’m kind of a purist. I still feel like good stories and well-made movies will find an audience.

For It’s a Disaster, I was friends with Todd (Berger), Kevin (Brennan), Blaise (Miller) and Jeff (Grace) and David (Cross), and I just knew their comedic work, and had done some viral videos with them, just shorts, and for me I wanted to work with my friends, and people who I thought had a cool sensibility and a cool sense of humor. We had no idea if it was going to get distribution or not, and if anyone would ever see the movie, and the fact that there’s been a response is, really, affirmation of my instincts.

SK: Tracy goes through so many emotions in such a short time. How did you manage to pull that off?

JS: You just do, it’s sort of the job. I have a vivid imagination, and I’m pretty emotional all the time, so it wasn’t that hard. It was also like a thousand degrees in that house, and I think that heightened everyone’s emotions.

SK: It did look very natural, the interactions between the cast and everything, and I think it’s a testament to your relationships before you started working on it.

JS: We also — instead of having trailers in our downtime, partially because of the budget but it ended up being something that we embraced — we would hang out in the house across the street from where we were shooting, and I think that allowed the cast to bond in a way that’s really special, and lasted beyond the movie. It wasn’t just for the movie, we all got along. It wasn’t just for the sake of making the movie.

SK: Would you say that a lot of the dialogue was improvised?

JS: It would be structured — Todd wrote a very good script, so we definitely wanted to be respectful of that — and within each scene there was a structure of what’s supposed to happen in the scene and there were certainly great one-liners that we all wanted to hit, but once it got done, he would allow us to improvise if we wanted to.

SK: The film is about being trapped in a situation that you may not want to be in when the world is ending. Is there any place you would absolutely not want to be if there was an impending apocalypse possibly?