Robert Pattinson takes Kristen Stewart to a Hanson concert for her 23rd birthday. 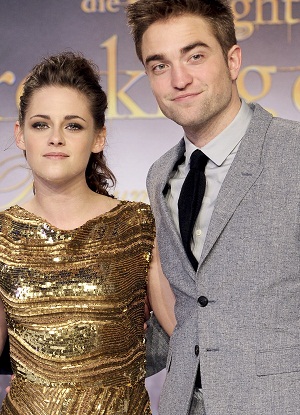 It sounds like Kristen Stewart had a fun birthday last night. Even if it was accidental.

According to E!, our favorite new vampire spent the night of her 23rd birthday celebrating with Rob, some friends and, oh yeah, Hanson. Apparently, the couple and several buddies showed up last at No Vacancy, a bar at Hollywood’s Hotel Juniper. It just so happened that the trio of brothers from the “MMMBop”in’ ’90s band Hanson were also at the club.

While the brothers partied with their crew, Kristen, Robert and friends spent time in the main area of the club, as well as the VIP room. Fellow Twilight co-star Nikki Reed was also on hand, though it seemed like she was there for Hanson and not Stewart’s birthday festivities.

The beautiful actress posted a picture on Instagram of herself with Taylor Hanson and actually appears in the band’s new music video for “Get the Girl Back.” See if you can spot her (and a few other familiar faces) in the video below…

The brothers Zac, Taylor and Isaac were there to host an early record release party. “Get the Girl Back” is now officially released and they’ve celebrated not only with the cool video and their party at No Vacancy, but by also returning to late night to appear on Jay Leno’s show once again. Their new album, Anthem, releases on June 18 and it’s already getting more buzz than their past couple of efforts.

When Kristen Stewart limped through the Oscars >>

Meanwhile, Kristen and Rob have also caused a bit of a buzz on their own. Not only are they suddenly making appearances at record releases, but there are also rumors the two are shopping for a place to live together. It’s good to know Kristen’s minor indiscretion didn’t permanently ruin things for Robsten.