Patrick Duffy is feeling nostalgic. The actor recently revealed a desire to reunite with his old TV family. Following his return to Dallas, Duffy wants to revisit his other hit series, Step by Step. 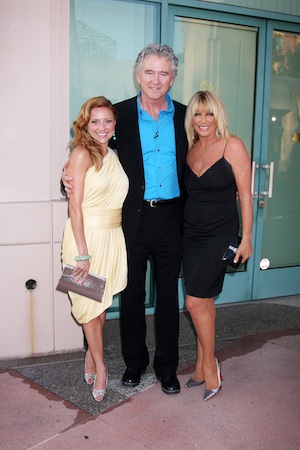 Contrary to popular belief, Dallas isn’t the only successful series on Patrick Duffy’s resume. The veteran actor was the patriarch in the ’90s comedy Step by Step. He starred alongside Suzanne Somers, and together they were Frank and Carol Lambert.

Shortly after the end of the original Dallas, Duffy’s career took a turn. He went from playing a rich oil heir to a middle-class father of six. Step by Step aired from 1991 to 1998 and was part of ABC’s popular TGIF programming block.

According to The Hollywood Reporter, Duffy wouldn’t mind playing Frank one more time.

“I would love to work with Suzanne [Somers] again,” said Duffy. “The Step by Step cast was so wonderful to be with. They were my family and I think a little two-hour special about where these people are — not a documentary, but actually doing a show — seeing where they’ve all come to over the years. It would be so fun to play that goofy Frank Lambert character again, aging another 25 years.”

Make it so, Hollywood! If we can get a Veronica Mars movie, could the Lamberts get a second chance? If not, we’ll take what we can get. Duffy recently reprised the role of Bobby Ewing for TNT’s Dallas reboot. That’s good enough for now.

The drama, as soapy as ever, allowed Duffy to reunite with onscreen brother Larry Hagman (J.R. Ewing) before Hagman’s death.