Jay-Z and Beyoncé decided to go on a trip to Cuba for their five-year anniversary, but some lawmakers are questioning who said they could go. The White House says it wasn’t the president. 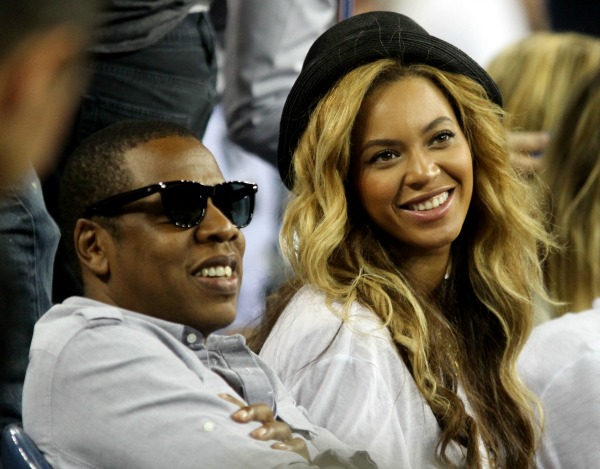 After Jay-Z and Beyoncé traveled to the mostly forbidden land of Cuba, many questioned how legal the trip was.

“U.S. law prevents Americans from traveling to Cuba unless they do so under a general, religious or ‘people-to-people’ license,” according to ABC News. “Trips for tourism are not allowed.”

According to a new song by Jay-Z, the trip was condoned by the White House.

In the rapper’s new song “Open Letter,” he makes a very brave statement, saying that President Obama himself gave Jay-Z and his wife permission to visit Cuba.

“I turned Havana into Atlanta,” Jay-Z raps. “Boy from the ‘hood, I got White House clearance / Obama said, ‘Chill you gonna get me impeached.'”

Media asked White House spokesperson Jay Carney about the song — and the trip — in a press conference on April 11.

“I guess nothing rhymes with Treasury,” Carney responded, smiling. “It’s a song. The president’s not communicating with Jay-Z over this trip.”

He went on to say that even if the administration had wanted to, it’s not the White House’s place to sanction trips to Cuba.

“I am absolutely saying that the White House and the president on down had nothing to do with anybody’s personal, anybody’s travel to Cuba,” Carney continued, according to MTV. “That is something the Treasury handles.”

And Carney is right. ABC News looked into it more and found out about the legality of the trip, as well as who ended up giving the final OK for Mr. and Mrs. Jay-Z to visit the country.

“The mystery of whether Beyoncé and Jay-Z’s wedding anniversary trip to Cuba was legal has been solved,” said ABC News. “The Treasury Department says the power couple’s trip to Cuba was authorized under a licensed program that encourages ‘meaningful contacts’ with the Cuban people.”

According to MTV, the question was raised after three Republican lawmakers asked for an investigation into Jay-Z and Beyoncé’s trip. The couple went to Cuba to celebrate their fifth wedding anniversary.