It’s time to put the rumors to rest. Director and producer Christopher Nolan isn’t bringing the Justice League to life. His reps, as well as Warner Bros. boss Jeff Robinov, have confirmed it. 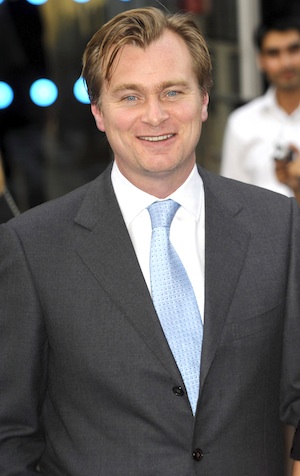 Christopher Nolan‘s done with comic book movies (for now). The director of The Dark Knight trilogy is cutting his ties with the DC Universe. Following this summer’s Man of Steel, he has no other superhero films in the pipeline.

Fans were hoping Nolan would have a hand in Warner Bros.’ Justice League movie. However, the film, which will feature several DC characters like Batman, will have to do without Nolan’s influence. EW spoke with WB president Jeff Robinov, who confirmed that Nolan was out.

Robinov was asked if it’s true that Nolan and Christian Bale (as Bruce Wayne/Batman) would work on Justice League.

Perhaps it’s all for the best. Nolan’s version of Batman wouldn’t fit with the Justice League mold. Thankfully, Man of Steel will allow WB to create a superhero universe similar to what Marvel did with The Avengers.

Robinov explained, “Nolan’s Dark Knight series was deliberately and smartly positioned as a stand-alone. The world the films lived in was very isolated, without any knowledge of other superheroes. What Zack [Snyder] and Chris have done with this film is allow you to really introduce other characters into the same world.”

What characters can we expect?

“We’ll announce something in the next several weeks that will hopefully position the DC characters and the movies we’re going to be making,” Robinov revealed.

The lineup shouldn’t be too shocking. A few months ago, the rumored Justice League roster was leaked. The team is said to include Superman, Batman, Wonder Woman, Green Lantern, The Flash, Martian Manhunter and Aquaman.

Man of Steel opens in theaters June 14, while Nolan’s working on his sci-fi film, Interstellar.