Good news: Ryan Lochte says he’s single (JEAH!). Bad news: We have to watch him go on dates with other women on his new E! reality show. 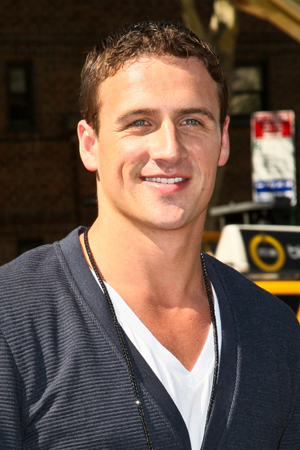 We’ve seen ’em, too — and really, we have no clue what it’ll show the Florida hottie doing, other than saying “JEAH!” about 50,000 times.

So, what will What Would Ryan Lochte Do? actually be about? Swimming, apparently.

“My biggest passion is swimming, but it’s a sport that doesn’t really get talked about until the Olympics, unlike baseball, football, and basketball, which are on TV all the time. That’s one of the reasons I wanted to do this show,” he told Cosmopolitan in a new interview. “I want people to enjoy the sport as much as I do. My whole family swims! You can pretty much say chlorine runs in our veins.”

That’s all well and great, but we’d rather see more about his personal life — specifically, his love life.

“I am a single guy right now, but you’ll see me going on dates,” he added of the show, premiering on April 21.

So, what does a Ryan Lochte conquest look and act like?

“I need someone who is able to hold her own — if a girl is really independent, that’s a turn-on for me. And she doesn’t have to play a sport for me to be interested in her!” he said.

But, she can’t have one nasty habit — put out those butts, ladies.

And she has to be OK with his family.

“I know my family would never steer me wrong, so I go to them for advice,” he continued. “And if I go on more than a couple of dates with one girl, it could get to that point where she would meet the Lochtes.?”

“I mean, I gotta feel comfortable with her in order for that to happen! But I want a best friend and a lover at the same time,” he said. “And I want her to make me laugh. I like someone who doesn’t care what people think — who’s not afraid of making a fool out of herself.”

Any volunteers? Too bad: We’re in line first.

Read on for more Ryan Lochte