Skinnygirl mogul Bethenny Frankel opened up about her divorce on Good Day New York on Thursday. She finds divorce to be “excruciating.” 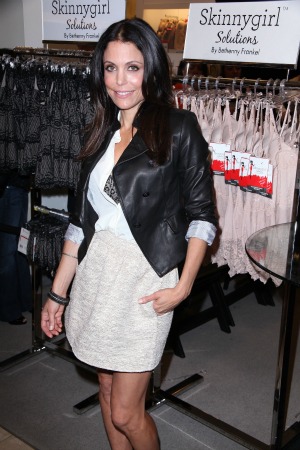 The woman who thought she had it all just two years ago is speaking up about her divorce. Bethenny Frankel opened up about her marriage to Jason Hoppy during her guest-host on Good Day New York on Thursday.

She told her co-host Greg Kelly, “It’s rough. I have to say, divorce is the most difficult thing you could ever go through in your entire life.”

The couple, who married after a whirlwind courtship, pregnancy, TV wedding and sale of her Skinnygirl alcohol line, announced their divorce in late December. They were married for two years.

Many fans were hoping for a reconciliation between the two since their entire personal life had been documented on the Bravo reality show, Bethenny Ever After. Hoppy was even spotted wearing his wedding ring as late as Wednesday by New York Daily News even though they both have filed for divorce.

The 42-year-old didn’t think the aftermath would be so tough. She said, “I never heard how excruciating [divorce] is.”

While the duo has kept the focus on their daughter, Bryn, she admits that it’s a “brutal, unnatural situation.” Despite all of the emotional trauma with her ex-husband, Frankel reveals that the 2-year-old is “amazing” and thriving.

She shared, “Kids make you do things you’d never do. They bring out the best in you.”

Even though her personal life has been tough, Frankel’s Skinnygirl line of alcoholic beverage continues to grow with a Moscato wine, a white cherry vodka, and a mojito joining the lineup.

She also has a daytime talk show debuting in the fall after a short test-run last summer.

However, Frankel seems to be taking the change all in stride. As she told E! News a few weeks ago, “I have a great life, I have a great daughter, I have good days and bad days.”