Donald Trump’s little (31-year-old) girl and her husband have announced they are pregnant with their second child, but does this mean Ivanka is planning to slow down? 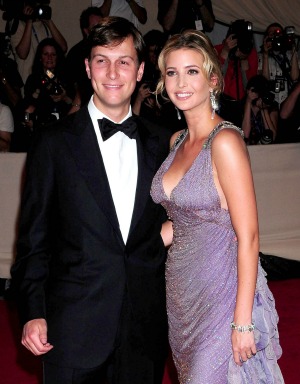 The Trump princess is ready to welcome another little one into the world. Ivanka Trump and her husband have announced they’re expecting their second child.

Trump and her husband Jared Kushner already have a 20-month-old daughter, Arabella Rose.

The family’s life is pretty busy these days. Kushner is the owner of the New York Observer, and Trump is working more and more for her father’s company.

“Expanding the family will make life even more hectic for Ivanka, 31, given her top executive role at The Trump Organization,” according to People. “But she’s found a great balance as a working mother.”

Trump also judges Celebrity Apprentice, alongside her father, but don’t call her a working mother.

“I think the expression ‘working’ versus ‘non-working’ implies that a mother who stays home doesn’t work. It’s far more difficult than anything I do in the office,” she told Redbook recently, according to People.

Trump said she has made her decisions to work as much as she does, but she does think it helps rather than hurts her family.

“Every morning I’m so sad to leave Arabella,” she said. “But it’s important for me to continue what I’m doing. It’s fulfilling to me, and I think it makes me a better mom when I’m home.”

Trump knows it not only helps her own growing family, but also her Trump family.

“Now that my brothers and I work with [our father, Donald Trump], we’ve become even closer,” she told Redbook. “If we talked a lot before, we speak 50 times a day now. I spend half the time in his office. It’s wild.”

Trump said her father is a doting grandfather, and loves to babysit her daughter. But he won’t do so alone.

“He takes her all the time — but with me,” Ivanka told People. “He wouldn’t know what to do if she was crying or needed a diaper change.”

The new Kushner baby is expected in the fall.