Three episodes in and I’m hooked. There’s just one problem: After everything that happened tonight, I just can’t decide on a hero. 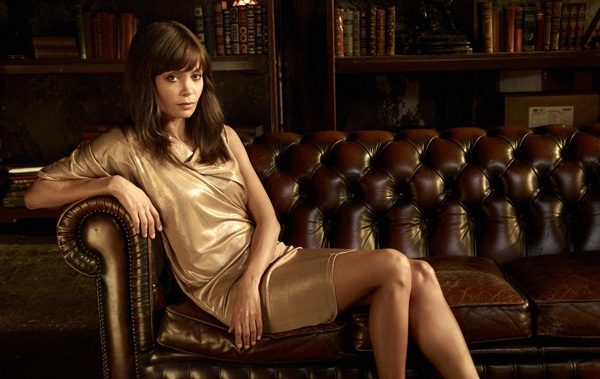 Everyone showed their true colors on the latest episode of DIRECTV’s Rogue. Viewers saw the good, the bad, the ugly and the sexy from each of our main players. Each had something worthy of rooting for… but they can’t all be heroes, can they?

Jimmy is far from an upstanding citizen. Not only is he a mob boss, but sometimes he’s not even a very loving father. And that temper? Not good. As it turns out, his oldest son, Alec, is the one who torched the Chinese restaurant during last week’s episode, and it’s caused even more tension between the Laszlos and their greatest enemies. When Jimmy figures it out, he shows up at Alec’s house to confront him. He goes from doting grandfather to belligerent dad in no time. Not only does he curse his kid out, but he even shoves a hand in Alec’s face. Remind me never to piss off Jimmy.

His paranoia continues, too. The upside to this is that it continually causes him to trust Grace beyond what she (as an outsider) probably deserves, since he no longer feels 100 percent trusting of his crew. His paranoia is most noticeable by the fact that he’s making his crew switch phones on a weekly basis. When Grace convinces Jimmy to head into the police station and cooperate with them (without ratting out his kid), she sneaks into his office to gather up the latest batch of old phones. She wants her detective buddy, Mitch, to run them through the computer to see what he can find. But when Jimmy figures out they’ve been swiped and they’re in Grace’s hands, he turns nasty again. Will she ever learn?

Important question: Has Jimmy hired someone to play tech support once a week and transfer all his crew’s contacts from their old phones to their new ones? If that’s something they’re doing themselves, it sure seems like a waste of payroll hours. 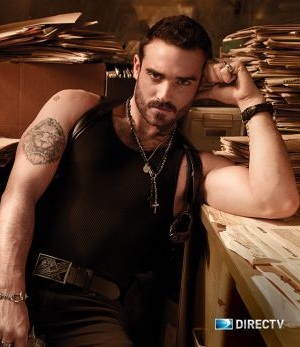 It’s hard not to like Alec. He’s got a crappy dad, a conniving wife and a baby brother who is clearly dad’s favorite. But he keeps trying. He keeps working at keeping the “family business” afloat and protecting the Laszlo name. He continues his efforts to keep his father, his baby girl and his wife as happy as possible. (He definitely kept his wife “satisfied” against the sliding glass doors during this episode.) When everything goes FUBAR, he even manages to straighten it out.

Quite a bit of Rogue took place in shipping containers this week — including his “witness protection program” for the two street kids he paid to torch the Chinese restaurant. When Max tries to help his dad out by working a new angle with their least favorite family, the payoff backfires due to Jimmy’s missing millions. How does Alec react? By killing the two teens and offering up their heads (in bowling ball bags) to the family as retribution for the fire. I’m not positive, but I think his apology was accepted.

The cast of Rogue talks: Revenge >>

I know we’re supposed to root for Grace (Thandie Newton). She’s the main character and she is, of course, only seeking revenge for her baby boy’s murder. But it’s just so hard sometimes. She has another kid, Evie, and a loving husband who are both still alive. They love her and need her, but she’s letting her anger and need for revenge dictate her life and subsequently ruin her relationship with the family members that are still alive.

During the first two episodes, we saw Grace let down both of her remaining family members. Her husband cautiously forgave her (a roll in the sack always helps that along). But Evie wasn’t quite ready. Instead, her daughter has only moved further away. Then, after another particularly bad row with Evie that turned into a shouting match with her husband, Grace’s No. 1 fan threw in the towel. Her husband is officially done with his absentee wife. Can you blame him?

Sneaking suspicion: This official halt to her marriage is going to land Grace in bed with the enemy, Jimmy Laszlo. Literally.

With this trio of uncertainties, who can we trust?

Max (I think) — Maybe it’s just his wide-eyed genius look, but I think Max will end up being a good guy… at least as good as he can get while still being the son of a mobster.

Mitch — Despite the effects it could have on his career, Mitch continues to help out Grace. As a matter of fact, when we leave Rogue this week, it’s with Mitch’s realization that his phone hacking may have led him to stumble upon something huge. But, what will it be?

Guess you’ll have to tune in to DIRECTV’s Audience Channel next week to find out!