Juliette and Dante’s relationship causes friction on the tour. Meanwhile, Gunnar’s new friendship brings back his creative fire, but at what cost? 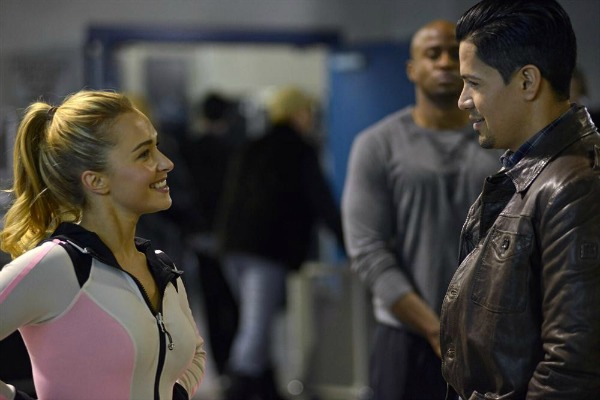 On this episode of Nashville, called “My Heart Would Know,” a lot of people are playing games that will either get themselves, or others, hurt.

Recap of last week’s episode of Nashville: Moving on and growing up >>

First up, there is Juliette (Hayden Panettiere) and Dante (Jay Hernandez) having their little affair. Not only does it affect Juliette’s mom (Sylvia Jeffries), but when Avery (Jonathan Jackson) walks in on them going at it, he nearly loses his job. Luckily Deacon (Charles Esten) was there to save Avery. As for Jolene, Juliette decides to resolve the whole issue by sending her mom home to a new (female, this time) sober companion and hiring Dante as her manager. I’m curious to see if that resolves anything with her mother, but I know darn well that Dante acting as Juliette’s manager is going to cause static with Rayna and Deacon.

Then there was Scarlett (Clare Bowen), Gunnar (Sam Palladio) and their new neighbor, Will (Chris Carmack). As soon as Gunnar opened up to Will about how he hadn’t felt like writing since his brother died, I knew something bad was coming. There was just no way that Will would come along and be that nice without having some sort of backlash. Sure enough, Will took Gunnar on a wild ride that nearly killed them both. The craziest part was that it seemed to help Gunnar get over his dry spell. He sure did write a beautiful song after that, but I’m worried that means he’s going to be trying stunts like that again.

Finally there was Rayna (Connie Britton) and all of her family drama. Her daddy (Powers Boothe) survives his heart attack, but that leads to the truth coming out about what really happened the night her mother died. It also led to her sister (Judith Hoag) finding out the truth about Peggy’s (Kimberly Williams-Paisley) little secret, which led to Teddy (Eric Close) finding out as well. That whole story was wrought with drama, but it did give us one of the best moments in the episode in my opinion: Deacon coming to the hospital to visit Rayna and the two of them reminiscing about old times. That made my heart happy.

“I think we should talk about your mother.”
“That’s a mood killer.”

Juliette offering her jet to Rayna without hesitation. Of course she did it only so that Rayna would be out of the way, but I like to think that maybe a teeny part of her did it out of actual kindness as well.

Gunnar declaring a 24-Hour-Scarlett-O’Connor-Party. Too sweet!

“It’s bad enough that my fans have to sit through her show just to get to mine.”

The look on Juliette’s face when her mom said that she and Dante needed to go home. Uh oh. 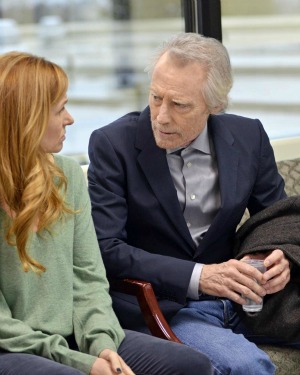 Scarlett asking Gunnar to write with her again.

“Well, why don’t we let your cable guy weigh in?”

Avery walking in on Juliette and Dante. Oops!

Will calling Scarlett up on stage to sing. Yay!

Scarlett and Will singing that song together.

Literally cursing out loud when Dante had the nerve to fire Avery. Seriously??

“Will you carry me?”
“I will try.” —Those three all drunk together was kind of adorable.

Deacon telling Avery to get back on the bus and then giving Dante hell for firing him. Yes! Way to go, Deacon!

“Unlike you I’m looking out for Juliette’s best interest.”
“That’s a good euphemism for it.”

Deacon telling Dante not to go near Avery. Is it wrong that that made me cheer?

“Oh my god, you’re sleeping with him. And you call me disgusting?” —The woman has got a very good point.

Deacon informing Juliette in no uncertain terms that Rayna was indeed his family.

Deacon showing up at the hospital for Rayna.

Deacon and Rayna reminiscing about the good old days.

“I did have a mouth on me.”
“Some things never change.”

“Thanks for coming.”
“Well something about your voice in that message, sounded like you needed. Me.” —The way he said that line just killed me.

Rayna telling her daddy that she felt like they missed their life together. Between that and Gunnar’s song, I was totally in tears.

What did you think of this episode of Nashville? Do you think Gunnar has started down a slippery slope with the whole defying-death thing? What do you think of Juliette hiring Dante as her manager?