Disney isn’t the happiest studio on earth. Despite its recent acquisitions (we’re looking at you Lucasfilm), it’s had a wave of firings. This week, over a 100 people have been laid off. 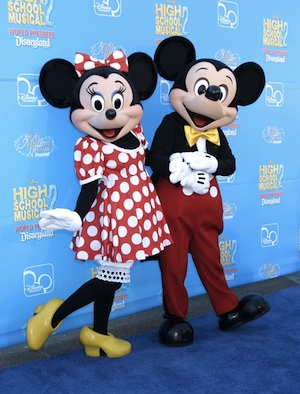 Mickey and Minnie Mouse aren’t as wealthy as we thought. Wednesday, it was confirmed that members of Disney’s filmed entertainment division were let go. The pink slips flowed to about 150 employees.

According to The Hollywood Reporter, the layoffs were expected. Even though Disney recently purchased Lucasfilm, it had to do serious cost-cutting. Other departments that are feeling the burn include production, marketing, distribution and music.

“As part of an ongoing review to ensure that the Studios’ operational structure and economics align with the demands of the current marketplace, we have made the difficult decision to reduce our staffing levels in several divisions of the studio,” said a statement from Disney.

Meanwhile, on Wall Street, Disney’s stock is at an all-time high.

“On Wednesday its shares were 1 percent higher in midday trading. The stock is up nearly 50 percent in the past 12 months.”

Hollywood has record-breaking year at the box office >>

Of all the film studios, Disney is easily the front-runner in profits. Last year was a good one for the company — it earned $5.7 billion. We’re sure that had something to do with producing the year’s highest-grossing film, The Avengers.

To be fair, the studio’s gearing up for another Star Wars film trilogy. Therefore, it makes sense for it to shift gears. Those movies aren’t cheap.

Are you shocked by the Disney firings?