After a report the model and rap mogul were dating, both quickly took to denying that they have even met. 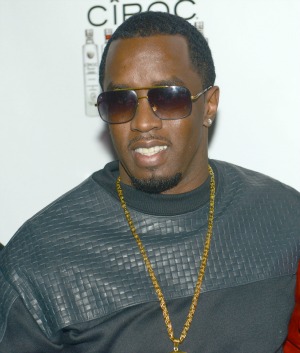 New York magazine’s The Cut site posted a tweet saying, “@KateUpton and @IamDiddy seen sucking face and dining out!” But both Upton and Diddy responded by saying that not only was the rumor not true but that the two had actually never met.

“Attention all Media. I don’t even know Kate Upton personally!” Diddy responded, according to Us Weekly. “I’m not dating her! What’s being reported is not true. END of story!”

Upton also tweeted in response to the rumor: “Really??? Not at all true…”

The gossip column with the New York Daily News reported that Upton and Combs were spotted kissing during a night out at a club in Miami Beach.

“They were kissing, they weren’t hiding it,” an eyewitness supposedly told the paper.

But a source told Us Weekly that the two “weren’t even there at the same time.” Upton and Combs were also supposedly seen out at a dinner together in New York City a short time later.

Not only do the two celebrities seem like an unlikely pair, but the 43-year-old rap mogul is more than twice Upton’s age. The Sports Illustrated model will turn 21 in June.

“Upton previously dated Detroit Tigers pitcher Justin Verlander, 30, but the pair split prior to Valentine’s Day, with the buxom blonde telling FOX2 Detroit that she spent her Valentine’s day in Melbourne, Fla.,” according Us Weekly.

Upton showed up at the NCAA Tournament National Championship and caught the eye of yet another athlete. Spike Albrecht, one of the stand-out stars of the game, tweeted to the model the next day.

“@KateUpton hey saw you at the game last night, thanks for coming out! Hope to see you again :)” he said.

Behind the scenes with swimsuit model Kate Upton >>

Diddy has been linked to actress Cameron Diaz and was most recently dating the singer Cassie. According to Us Weekly, Diddy and Cassie were last seen house hunting in Los Angeles in January, but they have apparently “cooled off” since then.