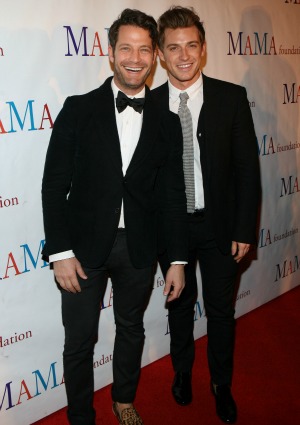 Love is definitely in the air in Hollywood this spring as another celebrity couple announce their engagement. Decorating guru Nate Berkus and his boyfriend, Jeremiah Brent, were engaged on Monday at the top of Machu Picchu in Peru.

Us Weekly broke the news on Wednesday and revealed that it was Berkus who proposed to Brent during their trip. The trip was in conjunction with work that the TV personality was doing with the designer website One Kings Lane.

For reality TV fans, Brent is also a familiar face because he appeared on The Rachel Zoe Project in Season 4 as her interior decorator and sometimes assistant stylist. He has not appeared in Season 5, and he is now working for himself at Jeremiah Brent Design.

The couple were first spotted back in December 2012 by Page Six in New York canoodling at Barneys over the sunglass rack. The relationship has heated up over the past few months, with the duo splitting their time between New York and Los Angeles.

Berkus and Brent are the third gay couple in recent weeks to announce their engagement as the Supreme Court’s deliberations over California’s Prop 8 are expected to result in a decision in June. The Talk‘s Sara Gilbert announced her engagement on Monday, while former Who’s the Boss star Danny Pintauro shared his news last week.

Want to stay on top of all the latest celebrity engagement news? Subscribe to our newsletter here! >>

Berkus, a former Oprah protégé, was in a two-year relationship with shoe designer Brian Atwood, which ended in 2009. He also tragically lost his partner Fernando Bengoechea in the 2004 tsunami while vacationing in Sri Lanka. He shared the story on The Oprah Winfrey Show just weeks after his loss.