J.P. Williams, who manages many of the Buckwild stars and produces the show, is furious that MTV has canceled the show in the wake of Shain Gandee’s tragic death. 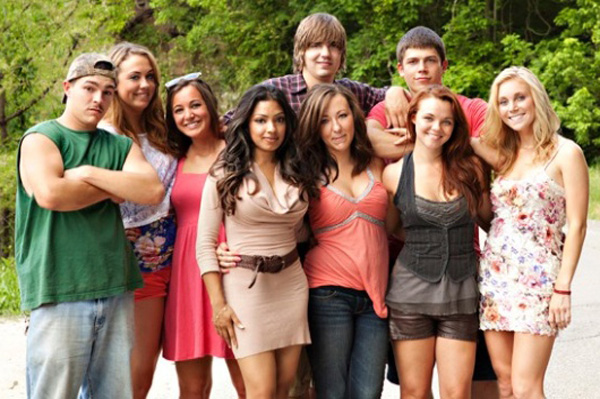 Shain Gandee has departed this mortal coil, but the same won’t be true of Buckwild, vows producer/manager J.P. Williams.

Williams, who managed Gandee and several other of the stars of his “redneck reality” show, felt that MTV was hypocritical in canceling the show.

“This is the network that has shows about teen pregnancy. They’ll stick by a show that allows you to abandon a child, but a kid dies by accident doing what he does for a living [mudding] and they cancel the show?” he angrily asked The Hollywood Reporter. “There’s something that smells of s— here on every level.”

News that the show was canceled followed the sudden, tragic death of Buckwild’s breakout star, 21-year-old Gandee, who was found dead in his vehicle with his uncle and a friend on April 1. The sheriff’s office attributed the death to carbon monoxide poisoning.

Rather than continue the show under the shadow of Gandee’s death, MTV opted to cancel the show midway through the filming of Buckwild’s second season. As The Hollywood Reporter points out, the show has been intended to fill a networking and pop culture left by the end of Jersey Shore.

Williams told The Hollywood Reporter that the production companies responsible for Buckwild were at first told that MTV would continue with the show and would shoot a special dedicated to Gandee as well as several more episodes for the second season. A few days later, the network called back: Nah, the show was canceled.

There was no explanation,” Williams told The Hollywood Reporter, adding that the cast was in Los Angeles for this weekend’s MTV Movie Awards and had yet to hear the news.

Williams doesn’t plan to give up on Buckwild though, planning to continue shooting the series and maybe even a Buckwild movie.

“My job is to protect these kids,” he tells THR. “This will get ugly.”