Prince William has a major decision to make: Should he stick with his job as a rescue pilot with the RAF, or leave the career he loves to be a full-time royal? 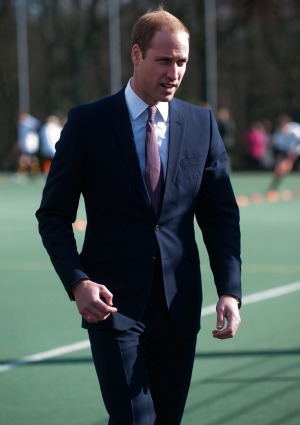 Prince William has taken on a new role as president of the Fields in Trust after his grandfather Prince Philip retired, and many are saying the move signals his intention to become a full-time royal by the end of the year.

A spokesman for the charity, set up in 1925 by King George V to protect the country’s outdoor recreation spaces, announced the handover.

“Without his help and contribution the organization could not have achieved what it has done if, indeed, it still existed as an independent charity.”

Added chief executive Helen Griffiths, “The Duke of Edinburgh’s support during his 64-year presidency has been outstanding — from his appearance in a film to promote our work back in 1950 to his annual recognition of volunteers through the President’s Certificates — and we are immensely grateful for all he has done for us.”

“We’re delighted that The Duke of Cambridge has agreed to succeed his grandfather as president, continuing the charity’s long association with the Royal Family, and are looking forward to being able to do even more to safeguard outdoor spaces for sport and play with his ongoing backing.”

Prince William’s office said in a statement, “Following The Duke of Cambridge’s patronage of the very successful Queen Elizabeth II Fields Challenge, he is delighted to take on the presidency of Fields in Trust. The Duke of Cambridge shares The Duke of Edinburgh’s passion to safeguard outdoor spaces for future generations.”

Is this a signal that the prince is leaving his beloved rescue helicopter behind? William, who is expecting his first child with Duchess Catherine in July, is thought to be preparing to announce his decision sometime this month.