Surprise, surprise. Just more than a week after a Buckwild star is found dead in his Ford Bronco, MTV has decided to cancel the show. 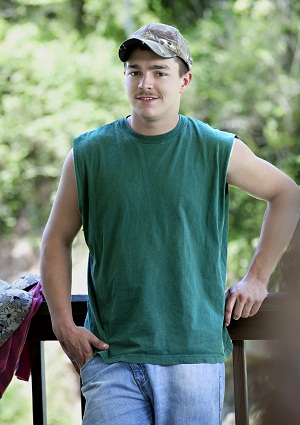 Networks don’t always make the greatest decisions in terms of people’s mental health. The people who make reality television seem to get off on exploiting their stars’ pain, mistakes or oddness. If someone young is crying or struggling: There’s probably a camera zoomed in on them.

That’s why it comes as a pretty big shock to learn that MTV has canceled Buckwild, its show that followed a group of partying young adults from West Virginia.

Despite multiple protests of the show when it was in the early stages, MTV continued its pursuit of the redneck version of Jersey Shore. It took the tragic accidental death of one of those young adults, 21-year-old Shain Gandee, for MTV to finally halt production.

What is Buckwild? We look at the show >>

Most people are proud and respectful of MTV’s decision. The show’s producer, J.P. Williams, feels otherwise.

“This is the network that has shows about teen pregnancy,” Williams said in a statement, referencing 16 and Pregnant. “They’ll stick by a show that allows you to abandon a child, but a kid dies by accident doing what he does for a living and they cancel the show?”

We sort of understand his point. What Williams seems to be missing, though, is the hidden humanity in MTV’s decision. While (so far) no official statement has been released from MTV, the decision is more than likely based on the emotional state of the rest of the cast, not the actual death. The difference between 16 and Pregnant and what Buckwild would be if they continued to film is quite simple: Awareness.

The girls of 16 and Pregnant signed up knowing the results of their pregnancy would be on display for the entire world. The kids of Buckwild signed up for a television show with the expectation of showing America how kids in the country have fun. They didn’t sign up to face the loss of their friend under the camera’s fierce scrutiny.

Maybe we’re being naive, but we applaud MTV’s decision not to exploit the friends and family of these accidental victims.