Sony Pictures has released a new trailer for Elysium. It’s Matt Damon’s latest action flick which pits him against Jodie Foster and Sharlto Copley. In the film, Damon’s bald, musclebound and ready for war. 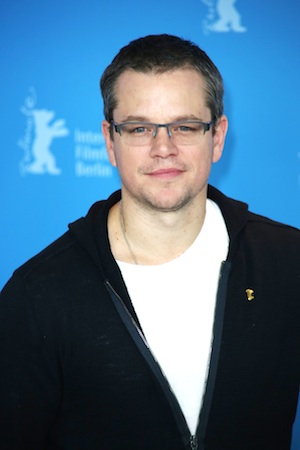 It’s been a while since we’ve seen Matt Damon as a headlining badass. His days as Jason Bourne may be over, but he’s not done playing hero. The actor stars in this summer’s Elysium. It’s a futuristic action thriller from director Neill Blomkamp.

The story’s set in a future where Earth is nothing more than a polluted mass. The wealthy can afford residency on a man-made space station called Elysium. It’s there that clean air, water and medical care are available.

Damon’s character Max, is desperate to get to Elysium but can’t pay for the trip. Desperate times call for desperate measures as he takes on a dangerous mission in exchange for travel. On his journey, Max wears a tech suit that gives him a special advantage.

Blomkamp recently participated in a Q&A (via Comingsoon) where he described Max’s gear.

“The idea was that it was some kind of very low-end, almost dirt bike, like a motocross version of a strength suit that was born out of research that the military is doing now. Like Lockheed and a bunch of companies have HULC suits that are used for enhanced strength. I just wanted it to look really grungy and extremely sort of low-end and kind of real. That was the thinking, and he’s sick in the film, so it makes him stronger, but it doesn’t make him Iron Man strong. It’s trying to do it semi-realistically.”

Watch the trailer for Elysium below: