Elementary has cast one of Sherlock Holmes’ most iconic characters, Irene Adler. The detective’s former lover, who’s been played by Rachel McAdams and Lara Pulver, has a new look thanks to Natalie Dormer. 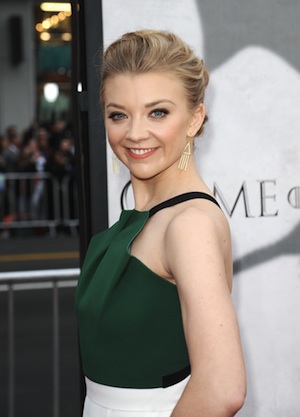 After months of teasing, Elementary will finally solve its biggest mystery: the life and death of Irene Adler. Thus far, we’ve only encountered the character through dialogue and description. Her face has remained hidden — until now.

Elementary is worth investigating >>

According to EW, British actress Natalie Dormer has landed the coveted role. “We’re moving to the next chapter in our show — and in some ways, to a previous chapter in Holmes’ story,” executive producer and creator Rob Doherty said.

“Irene Adler is perhaps the most pivotal relationship in Sherlock’s life, and I can’t think of an actress better suited to the challenge than Natalie.”

We agree! Dormer has a history of playing strong and influential women. Most of you may know her from her stint on Showtime’s The Tudors, where she played Anne Boleyn opposite Jonathan Rhys Meyers‘ Henry VIII.

These days, Dormer’s moved over to HBO’s Game of Thrones. She debuted in Season 2 and has stayed on as a series regular. She currently plays Margaery Tyrell, a noble woman who has her sights on becoming Queen.

In Sherlock lore, Irene Adler has always given the detective a run for his money. They’re lovers but also competitors, constantly trying to one-up each other. It will be interesting to see Elementary’s version of her.

Dormer’s scheduled to appear in a three-episode arc. The character was supposedly killed by Sherlock’s nemesis, Moriarty. Therefore, her appearance could be in flashbacks or she could rise from the dead!

What do you think of the new Irene Adler?