Oscar winner Anne Hathaway has picked her next project and it’s all about time travel and wormholes. The actress will work with her Dark Knight Rises director Christopher Nolan on his film, Interstellar. 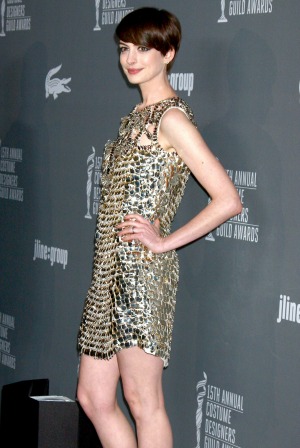 As a newly-minted Oscar winner, an actress’ follow-up film is always the most important one. All eyes were on Best Supporting Actress winner Anne Hathaway until now. The Les Misérables actress has finally picked her next project and she’s going sci-fi.

According to Deadline, Hathaway will again team up with Christopher Nolan whom she worked with in 2012’s The Dark Knight Rises. She played the iconic character of Selina/Catwoman in the film.

The new project is Interstellar which features a story surrounding Caltech physicist and relativity expert Kip S. Thorne’s work about wormholes and time travel. Deadline describes the film as “depict[ing] a heroic interstellar voyage to the farthest borders of our scientific understanding.”

While that sounds like a pretty heady undertaking, the project was originally in the hands of Steven Spielberg back in 2006. The writer of the film is Nolan’s brother, Jonah, who has worked on several other films with his director sibling —including Memento, two films in the Batman series and The Prestige.

Also starring alongside Hathaway is Magic Mike star Matthew McConaughey, who has posted some of the best critical notices of his career with last summer’s film, a turn in the black comedy Bernie and the NC-17-rated Killer Joe.

The casting of Hathaway is an interesting choice for the Oscar winner since she has never worked in the sci-fi genre. Taking on the role would mark a strategic focus to her career which has not settled into one category. The actress has tackled comedy, drama and musicals in her robust film career.

Nolan’s projects have a tendency to have a shroud of secrecy around them, so beyond the casting news, there is no further information on shooting dates or its theatrical premiere.