One of America’s favorite sitcom stars, Michael J. Fox, is returning to television this fall on his old stomping ground, NBC. His show will be based loosely on his personal battle with Parkinson’s Disease. 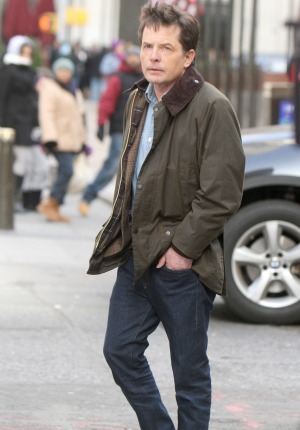 One of television’s favorite sitcom stars will be returning to America’s living rooms next fall on a very familiar network, NBC. Michael J. Fox, who starred on the peacock network for seven seasons as Alex P. Keaton in Family Ties, is slated to appear in a new comedy that is loosely based on his own life.

Fox, chatting with Access Hollywood, talked about his return to Hollywood and his personal battle with Parkinson’s Disease.

His new show will feature the former teen dream as an NBC anchorman whose personal and professional life are affected when he is diagnosed with Parkinson’s.

When asked by the entertainment show why he was so willing to put his personal life out into the public, Fox had a pragmatic answer.

He said, “Well, I don’t have a choice… But my personal life — you can sit and project out and say, ‘Oh, I’m going to have this and it’s going to be like this and I won’t be able to do that.’ But it’s much more about right now. ‘What can I do right now?’ Right? I just thought, I love to do this and as much as anyone will let me do it and give me their time to do it — I should do it. And so, I’m doing it.”

The former Spin City star is drawing a line, though, to protect his four kids, so they don’t worry that their entire life is being written into the show.

Fox shared, “It’s based loosely on my experiences. And I don’t want to say too much because I don’t want my kids to think every time a kid does something goofy on the show that it’s a reflection on them.”

For fans that grew up with Fox, they might be pleased to hear he’s still a magazine cover boy, except the demographic has really changed. Instead of a teen magazine, he is on the cover of AARP.

The actor laughed, “I went from Teen Beat and Tiger Beat… to AARP. There’s some great tips about colon health!”

While the subject matter has changed, Fox’s sense of humor certainly has not.

More news regarding his sitcom will be announced at the network upfronts on May 13.