Nope, it’s not the estate of Ray Charles that’s suing Kanye West for building a song around Charles’ 1954 hit “I Got a Woman.” Listen carefully and you can hear the object of the suit in the 2005 recording of “Gold Digger.” 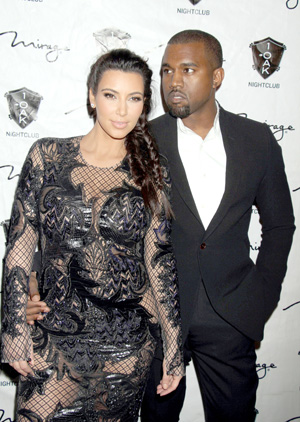 The offspring of a musician sampled in Kanye West’s 2005 hit “Gold Digger” are suing the singer for damages and want an injunction to stop the sale of the song.

And no, it’s not Ray Charles’ kids, even though the soul singer’s “I Got a Woman” is the front-and-center sample used in “Gold Digger.” You know, it’s the “she gives me money… when I’m in need.” That sample’s not in dispute, although one could argue that the Ray Charles estate had a case against the daddy of Kim Kardashian’s baby.

West hasn’t admitted sampling “Bumpin’ Bus Stop,” but if you listen to both songs, it does sound like Pryor’s voice echoing “get down” after West croons the lines “Get down, girl, go ahead, get down” and Charles’ voice calls back “I gotta leave.”

Why did the Pryor family wait eight years to launch a suit? No one’s telling. Kinda seems like it would have made sense to do this back when “Gold Digger” was a number-one hit.

Sampling has been an area of controversy in the musical world for decades, with some judges ruling that even extensive sampling is fair use, as when the 1980s band 2 Live Crew used parts of Roy Orbison’s “Oh, Pretty Woman.” In other cases the defendants of sampling suits have been ordered to pay damages, like when Vanilla Ice had to give songwriting credit to Freddie Mercury and David Bowie when he used their “Under Pressure” to create his 1981 song “Ice Ice Baby.”