Shows like Hannibal and Bates Motel promise weekly unsettling images and are already proving to be successful in the ratings. But is it the gore that’s so appealing or is there more to these shows than meets the eye? What’s the real appeal?

There’s a new trend in television these days that have audiences covering their eyes and coming back for more. Popular series are popping up left and right that make viewers cringe from gory violence and disturbing story lines, but viewers just can’t seem to get enough of the nail-biting bloodiness. 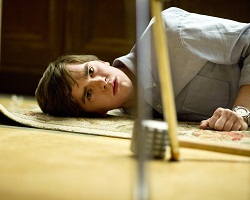 Another prequel to a popular film, Bates Motel has already acquired such a following that it has been renewed for another season. This show doesn’t shy away from graphic scenes either, as a rape and brutal murder jump-started the season.

The intrigue with this series is that it attempts to explain what caused the creepy Norman Bates to become such a psycho. It invites the audience into the mind of the serial killer and shows his progression from protagonist to psychopath. The murder, mayhem, and mystery are far more intriguing than the few brutal images you’ll see each episode. 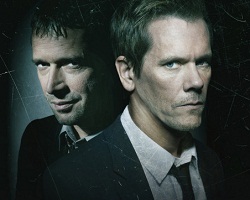 Although this series offered a surprising amount of gore in the first episode, the drama is actually driven by its two leading characters: Agent Ryan Hardy (Kevin Bacon) and serial killer Joe Carroll (James Purefoy). The show follows the same recipe for success as popular movies that focus on the odd relationship between the agent and his elusive killer. The show takes a unique spin on the cat and mouse story as Carroll is already behind bars, but still manages to wreck havoc on the outside world. He’s brilliant, cunning, and charismatic, which always seems to give him the upper hand against Hardy. 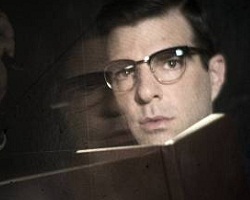 This show is just scary. It is basically a weekly horror movie that combines all the elements that make scary movies so terrifying. From slasher-style gore to the creepiest ghost stories, the show is inspired by everyone’s worst nightmares.

Its bone chilling scenes are well-written, intelligent, and creepy as all get-out. And, unlike many horror films, this show delivers on its promise to make you jump out of your seat and sleep with the lights on.

But aside from it being the best ghost story on TV (and also one to include ghost rapes) it brings you into the lives of the people who are being haunted and doing the haunting. You either love them or hate them, and root for them or yell at them for making stupid decisions. Either way, you care about what happens, which isn’t always the case on TV. 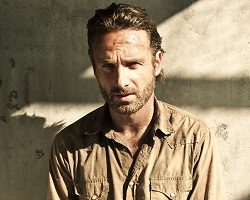 This fan favorite is definitely one of the goriest shows on TV right now, but that’s not the only reason fans flock to their couches on Sunday nights like zombies to a blood bank. Part of this show’s appeal is the relationships between the characters and the fear-inspiring concept of a zombie apocalypse.

The Walking Dead is really about family — whether they are your own flesh and blood or the people you meet along the way who change your life. It’s easy to put yourself in the shoes of the characters as they are forced to fight, kill, and die for loved ones and imagine what you would do in their position. And, whether you love or hate the characters, you always want to watch to see who survives and who doesn’t. 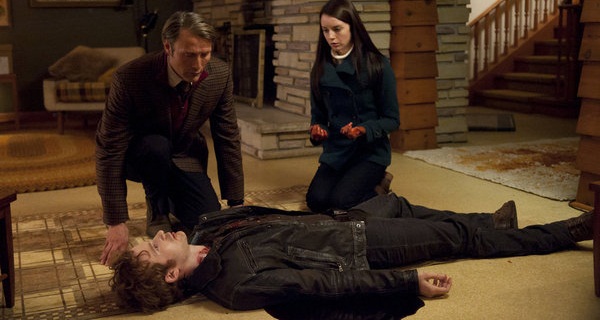 This prequel to the insanely popular films Silence of the Lambs and Hannibal, centers around the infamous cannibal, Dr. Hannibal Lecter. The show has already proven it will not only live up to the films’ gory legacy, but provide intriguing characters and complex story lines.

Special Agent Will Graham (Hugh Dancy) battles social anxieties and awkwardness because of his unique ability to get into the mind of serial killers. He’s timid, incredibly fearful, and has a special affinity for dogs. While Hannibal is a cold, calculating serial killer who is infiltrating the lives of the FBI, they have no idea he is the very man they are hunting.

Will Agent Graham discover Hannibal’s true identity before Dr. Lecter has him for dinner? It’s worth checking back every week to see how the story unfolds.