Fans can’t get enough of the Psycho-inspired Bates Motel and neither can execs! The prequel to Hitchcock’s disturbing classic has found a permanent home on A&E. 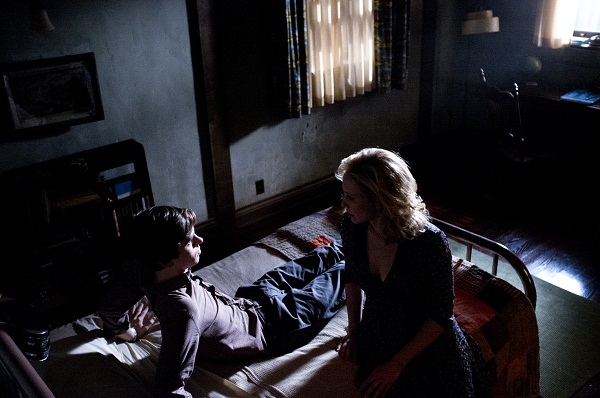 Looks like A&E has a hit on its hands. The creepy drama Bates Motel has been captivating audiences since its March 18 premiere and the fan base is steadily growing. With more than 4.5 million viewers for the first episode, it is A&E’s most watched debut ever!

The show follows teenager Norman Bates (the famed Psycho killer) as he moves to a new city, opens the Bates Motel with his mother, covers up a murder and struggles with bizarre sexual fantasies. It’s unnerving, smart and answers the question people have been asking for 50 years, “What’s up with Norman Bates’ mommy issues?”

The show’s success seems to come as no surprise to A&E’S president and GM Bob DeBitetto who commented that the show has “superb writing and excellent acting.” The strong cast led by Vera Farmiga and Freddie Highmore, engaging story line and disturbing mysteries are definitely what keep audiences coming back for more.

Fans can rejoice because this little gem won’t be closing its doors anytime soon. Bates Motel will be back for a 10-episode season in 2014.

So, feel free to get settled into the scariest motel around and enjoy your stay. You may just want to avoid the showers.