Norma’s relationship with Deputy Shelby can’t save her when a severed hand appears and Norman gets lucky when he attempts to have a social life instead of being a mama’s boy. 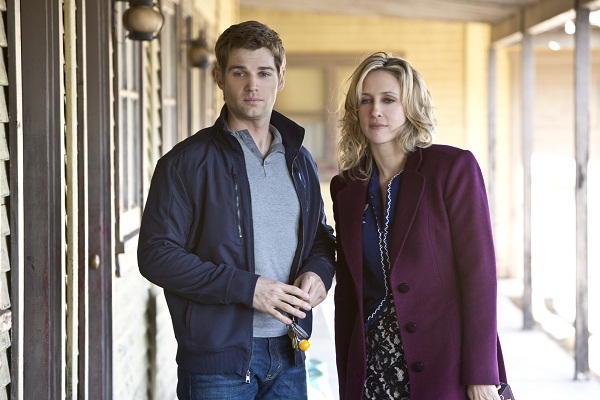 A good cover-up is all about paying attention to the details. You can scrub away the blood, create a brilliant alibi and even sleep with the local deputy, but if you miss the tiniest little detail, you’re bound to get caught. Poor Norma Bates (Vera Farmiga) did exactly that.

Turns out that chopping up a body and throwing it into a nearby lake is not the best way to get rid of a murder victim. Keith’s severed hand just happened to surface with his recognizable wrist watch still attached. The cops were able to find carpet fibers under his fingernails that just so happened to match the carpet Norma was seen discarding the day after he disappeared.

With such strong evidence, there was no way Norma was getting out of this one (even if Deputy Shelby promised to protect her). Now, she’s on her way to jail and will have to come up with a new lie to save her butt. My gut says she’ll rat out Norman.

Meanwhile, Norman (Freddie Highmore) is having a much better evening. With some encouragement from his brother, Dillon (Max Thieriot), he invites himself over to Bradley’s house. With her grieving mother sedated, the two get some much needed alone time. And at 17, alone time translates to sexy time. Yup, our little Norman Bates just lost his v-card and it wasn’t even creepy. This will not bode well for the loyal mama’s boy.

Let’s not forget about this teenage girl locked in Deputy Shelby’s basement business. Norman told his mother about it and she didn’t believe him, but she checked it out anyway. Of course, the room was empty and there was no girl to be found. She tells Norman that he has a tendency to hallucinate things. So, what was real and what wasn’t?

This is a subplot that may take a while to unfold because there wasn’t another mention of it the whole episode. Even Norman seems to think it’s possible it didn’t actually happen. However, he did confess everything to Dillon and now the older brother is determined to help Norman straighten everything out.

Dillon seems like the kind of guy who can handle these kinds of situations, but I have the feeling Deputy Shelby (Mike Vogel) is going to get in his way.