Luke Evans is tapping into his dark side. He’s set to play one of the most dangerous and charismatic characters of all time. The actor has signed on for the title role in Universal’s Dracula. 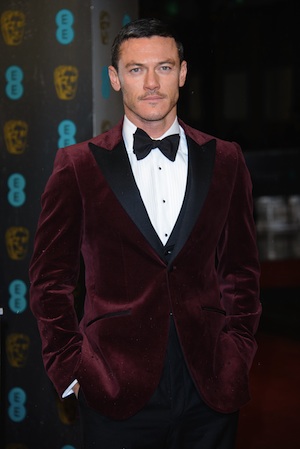 Over the past five years, vampires have saturated Hollywood. Thanks to film franchises like Twilight and TV series such as True Blood, they’re all the rage. Now, Universal Pictures is looking to revamp the daddy of all bloodsuckers — Dracula.

According to The Hollywood Reporter, British actor Luke Evans has landed the lead in Dracula. It’s a historical horror film that will have him as king of the vampires.

Evans is no stranger to playing iconic literary characters. In 2011, he starred as Zeus, king of the gods in Immortals. He also appeared as one of the title swordsman in The Three Musketeers 3D.

Dracula will be produced by Michael De Luca and explores the character’s origins. The story follows a “young prince who, when the lives of his wife and child are put in danger by a bloodthirsty sultan, risks his soul to save them, and in the process becomes the first vampire.”

It sounds like the film will portray a more sympathetic version of Dracula. We’ll see things through his eyes. He’s not only a villain, but also a surviving victim.

Dracula will mark the directorial debut of Gary Shore, who’s best known for his work in commercials. The film is slated to begin production later this year.

Meanwhile, you can catch Evans in one of this summer’s most anticipated films, Fast & Furious 6. The actor plays the main villain opposite Vin Diesel, Paul Walker and Dwayne Johnson. The movie opens in theaters May 24.