The 2013 MTV Movie Awards honored a few indie films this year, but they missed some must-see movies that should be added to your Netflix queue. 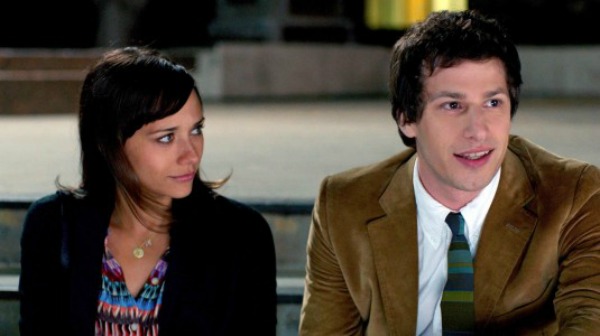 While the 2013 MTV Movie Awards did a pretty good job of honoring a wide variety of films this year, including indies like Silver Linings Playbook, Beasts of the Southern Wild and The Perks of Being a Wallflower, there are a few indie flicks that they missed.

Parks and Recreation‘s Rashida Jones wrote this charming film with Will McCormack and she stars alongside Saturday Night Live‘s Andy Samberg. The story focuses on love and friendship and how it can get complicated along the way. Samberg turns in a heartfelt performance while Jones is trying to keep it all together in her personal and her professional life. Fans of Samberg will be pleasantly surprised that he is indeed more than just a comedian.

To Rome, With Love

While this Woody Allen film certainly didn’t have the traction that his 2011 film Midnight in Paris did, To Rome, With Love continues the director’s love letter to Europe. With a stellar cast featuring Penelope Cruz, Judy Davis and Alec Baldwin, the four vignettes feature the best of Allen’s comedy and demonstrate why he’s been a prolific filmmaker over the decades.

Audiences missed this movie as it came and went quickly from theatres, but with stars like Michelle Williams and Seth Rogen continuing their streak of excellence on the silver screen, Take This Waltz is a cannot-miss. film. Director Sarah Polley, whose first film Away From Her garnered critical acclaim, proves she isn’t a one-hit wonder behind the lens. Watch this film as it takes you through a love triangle that is truly the anti-romantic comedy. Its steamy sensuality and the yearning for love will have you discussing the movie post-viewing.

It’s the second highest grossing non-English film ever, but don’t let the word “foreign film” turn you off. This is an inspirational film that follows the friendship of a rich quadriplegic and a troubled young Senegalese man hired to be his live-in caretaker. It was distributed by The Weinstein Company, so you know Harvey definitely liked it.

While it is true that the MTV Movie Awards don’t honor documentaries, Searching For Sugar Man swept the documentary category during awards show season, including the Oscars. However, this true story is the perfect film for music fans. The documentary follows two South Africans who are in search of their musical hero, 1970s rocker Rodriguez. The story that develops is intriguing and amazing and it should not be missed.

What movies are you going to add to your Netflix list?