The MTV Movie Awards are known for celebrating film in a slightly different way, so where are the actors that the network (and their viewers) have chosen as the best? 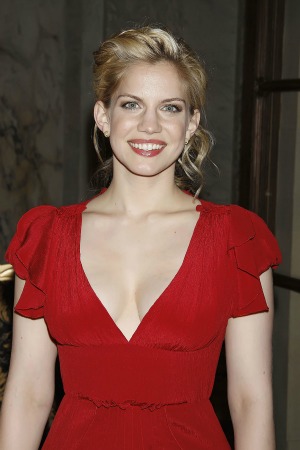 The MTV Movie Awards are over 20 years old now, and have played an important part in film over those two decades. So where are some of the most memorable winners now?

Twilight: The best winner for best movie the past four years in a row, the Twilight series may have just planned their release dates on this show. The series has finally come to an end, so there are no nominations for it this year.

After the big scandal of 2012 between stars Robert Pattinson and Kristen Stewart, things have settled down for the stars. Both Pattinson and Stewart are also among the list of those that have won the most MTV Movie Awards: Pattinson has 10 awards and Stewart has seven.

Jim Carrey: The most winningest of all award winners at the MTV movie awards, Carrey has taken home 11 awards in his career. He’s won five of the awards for Best Comedic Performance, ranging from 1994’s Dumb and Dumber to 2008’s Yes Man. He’s also won Best Villain twice, which is pretty impressive for a comedian.

Carrey is still doing what he does best, working in movies and making a splash in the world of entertainment. His most recent feat was angering many gun supporters with a song mocking the NRA.

Best Breakout Star is a category that only existed for two years, but the two actresses that won the award likely have an important future in Hollywood.

Anna Kendrick: Kendrick won the award in 2010 for Up In the Air. Kendrick also played a part in the Twilight films, and since Up in the Air, has been in 18 different movies or TV shows, including 50/50 and Pitch Perfect.

Chloë Grace Moretz: The actress won the award in 2011 for her part in Kick-Ass. The rising star has since filmed Kick-Ass 2 as well as a short stint on 30 Rock. She’s also been busy filming 22 different movies or TV shows (or in her case, video games) since the film where she received the award. The 16-year-old will next be seen in the remake of Carrie.

Best Kiss has long been one of the favorites at the movie awards, most likely because it’s the only awards show with such a prize. The award was first given away in 1992, and the winners were two up-and-coming child stars, Macaulay Culkin and Anna Chlumsky, for My Girl. The film was the first major motion picture for Culkin since Home Alone the year before. The actor continued in the business until 1994, until his last film as a child star, Richie Rich. He then reappeared on the scene in 2003, and worked on a few shows or movies.

Since then, Culkin has done only a few projects, most notably as a voice on Robot Chicken from 2005 to 2010. The actor was married in 1998, to actress Rachel Miner, but divorced in 2000. Since 2010, the actor has stayed mostly out of the public eye. But since he’s still only 32 years old, there’s a good chance he’s got a lot of acting left in him.

Anna Chlumsky took a fairly similar path to Culkin’s. After My Girl, the actress did a few children’s movies and TV shows, but disappeared in 1998 to go to college. She attended the University of Chicago and was a part of the school’s theater program. She reappeared in the mid-2000’s, most notably in a guest spot on 30 Rock. Since then, she’s been in numerous TV shows and movies and is currently starring in both Veep and the new series Hannibal.

According to the Internet Movie Database, Chlumsky was married in 2008 to Shaun So, a member of the army reserve who had served in Afghanistan.

The 2013 MTV Movie Awards will likely bring even more memories that we’ll be talking about for years to come.