Liza Palmer joins the SheKnows Book Lounge to talk about her new book Nowhere but Home, the difference between writing novels and writing for TV and death row research. 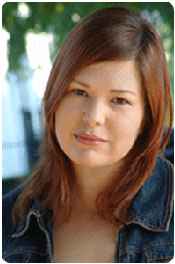 SheKnows: You’re active on Twitter, can you give us the 140 characters or less synopsis of Nowhere but Home?

Liza Palmer: Liza Palmer’s Nowhere but Home is about a failed chef who must return to her Texas hometown where they still remember EVERYTHING.

Liza Palmer’s A Field Guide to Burying Your Parents >>

SK: Where did the idea of making Queenie the chef who cooks last meals for death row inmates come from? Did you have to do a lot of research into that?

LP: I was in NYC having lunch with a friend and they asked me if I’d ever thought of writing a book about a woman who makes last meals. Of course, I said… uh, no. But, then I couldn’t stop thinking about the prospect. By the time I’d left New York, I had a proposal ready to go.

I did a ton of research. I ran everything — every saying, every off-handed word — by my Amarillo-born mother and a friend’s mom who was born and bred in Texas. All the food — every morsel — was run through the same checks and balances. I needed this book to be authentic. And all the death row research… needless to say, I’m happy to be out of that world. Intense and grizzly.

An Insider’s Guide to Austin, Texas >>

SK: Queenie is a very well-developed character with a strong voice. How did you go about creating her? Is any part of her based on any people you know?

LP: Writing layered characters, for me, is all about the re-writing process. It’s about writing draft after draft, tinkering and shading. A character is not going to reveal themselves to you after one draft.

Seeing as how I’m a mole person and only really know a handful of people, I’m afraid basing characters on people I know is a bit out of the question. It’s imagination and craft for me, I’m afraid. 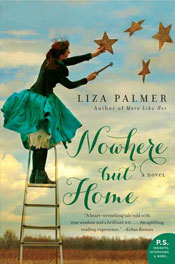 SK: You received two Emmy nominations for your writing on the first season of VH1’s Pop Up Video. How do you approach writing novels versus writing for television?

LP: Writing novels is a very solitary endeavor, while writing for TV is far more interactive. Even with those outward differences, they’re still oddly similar.

SK: What books are on your nightstand at the moment?

LP: I’m currently reading As You Like It by Shakespeare. I’m in a book club and we’re reading Shakespeare in order. We’re on the cusp of some of his greatest works… I can’t wait.