Vikings has carved out its place on cable television. On Friday, the History Channel announced there are battle stories to come. The network recently renewed the series for another season. 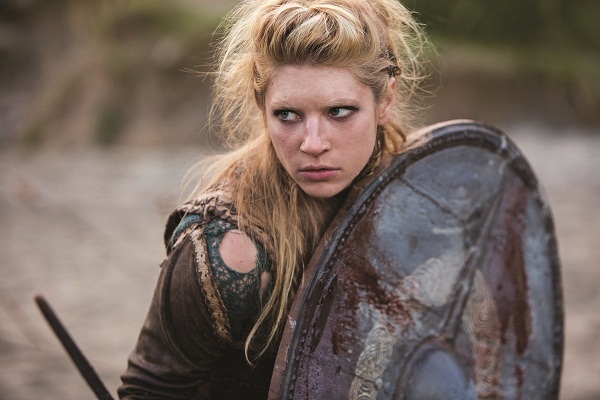 The History Channel original series Vikings is a roaring success. The network’s first scripted drama has been labeled the No. 1 new cable series in 2013. Because of that positive reception, History has renewed it for a 10-episode second season.

“Vikings is a win win for us. As our first scripted series, Vikings has paid off in a big way with critical acclaim, strong ratings and a passionate, loyal fan base. It came out of the gate strong and has stayed on top, solidifying History as a major player in the scripted genre, just as we are in reality,” said Hoogstra.

“We could not be more proud of the entire cast and crew and everyone involved in the making of Vikings. Michael Hirst has captured audiences with his complex, compelling characters and brought the unknown, epic world of these warriors to life. Season Two will begin production this summer to air in 2014.”

Can you spot the familiar face among the Vikings? >>

The series portrays the world of the Dark Age raiders, traders and explorers — not from an outsider’s point of view but through the eyes of Viking society. These men, who are traditionally viewed as villains, are now seen as heroes.

Vikings airs Sundays at 10/9c on History. The season finale is scheduled for April 28.