Daniel Craig and Rachel Weisz are going to steam up Broadway this fall in the revival of Harold Pinter’s Betrayal. The husband and wife team will play a married couple involved in a challenging love triangle. 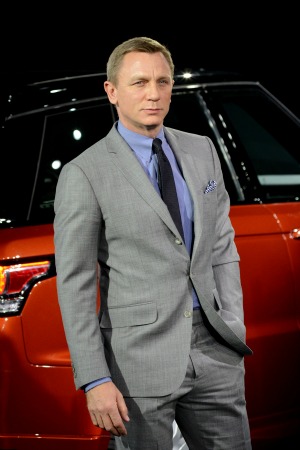 The heat on Broadway just got turned up a notch as it was announced on Thursday that James Bond actor Daniel Craig will be returning to the Great White Way. He will star in Harold Pinter’s Betrayal for a limited run beginning in the fall.

Joining him onstage will be his real-life wife, Rachel Weisz, who will be making her Broadway debut. This marks Craig’s second Broadway appearance following his turn in Keith Huff’s A Steady Rain with Hugh Jackman in 2009.

The play dramatically follows the story of Emma, played by Weisz, who has been involved in a 7-year affair with Jerry, her husband’s best friend. Craig will play Weisz’s husband onstage while Life of Pi‘s Rafe Spall takes on the character of Jerry.

The play originally debuted in 1978 at London’s National Theatre and is considered one of playwright Pinter’s masterpieces. The revival will be directed by 10-time Tony Award winner Mike Nichols.

Audiences can catch the show beginning Oct. 1 when previews begin at the Barrymore Theatre. The show officially opens on Nov. 3 and runs through Jan. 5, 2014.

5 reasons we want to make out with Daniel Craig >>

This won’t mark the first time the sizzling couple has worked together. Weisz and Craig starred on the big screen in 2011’s Dream House.

Both were recently seen by filmgoers in box-office hits over the last few months. Weisz played Evanora in the Disney prequel Oz: The Great and Powerful while Craig thrilled audiences in the most successful Bond movie ever in the franchise, Skyfall.