Don Draper would not approve of our shenanigans.

Mad Men offers so much to love: The generational sexism, the amazing clothes, the interweaving of real historical events, watching as each of the cast members deals with his or her own stuff and, yeah, Don Draper (Jon Hamm). The storylines are intriguing. The work the admen do is fascinating. The trouble they get into is amusing. But the characters themselves — their dialogue, moods and quirks — that’s what we truly love. Well, that and their ability to hold liquor.

More: The one and only Mad Men Season 6 promo

We’ve made up a few Mad Men Bingo boards, which you can download here. (You can see a preview of one of the Bingo cards at the bottom of this article.) Each square contains a Mad Men intricacy, like “Someone drives drunk,” or “Don rolls his eyes.” Some things happen more often than others, and some moments appear on more than one card. Plus, don’t forget to look out for that free space — it’s an easy one!

This game doesn’t have to be played with alcohol, but we strongly recommmend it. If you want to play the fun version, line up some full shot glasses in front of you. Each time something from one of your squares happens, take a shot and put the empty shot glass on the square. If you’re dry, just use chips or a stamp to mark your boards — whatever you have on hand will work. Since you can always print more, you could even just mark off your boards with a marker.

More: Jon Hamm has a porn-laced past!

So, drink up and play hard, you mad fans of Mad Men.

Want a taste? Here’s just one of the four bingo boards — this one is created specifically for the series finale: 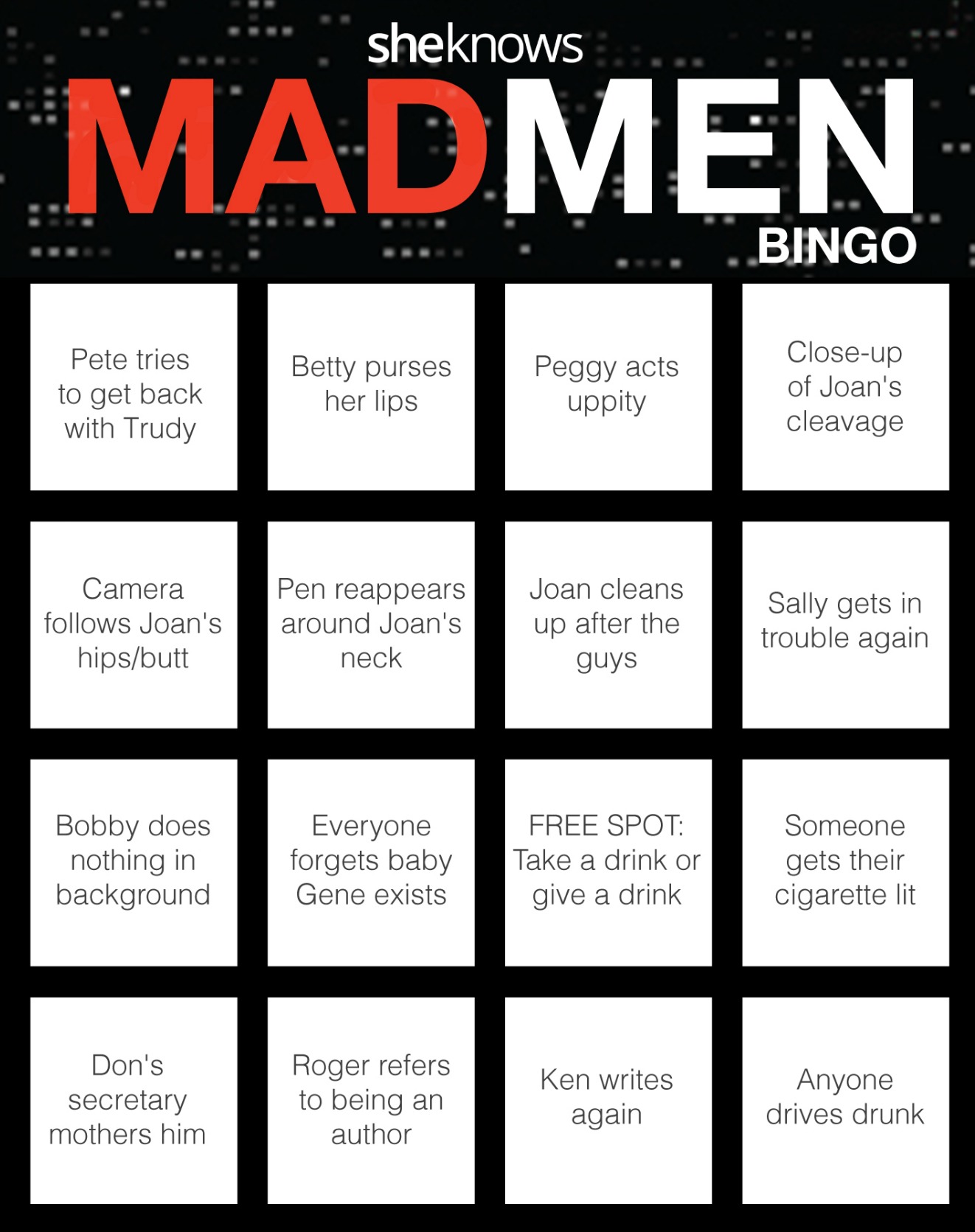 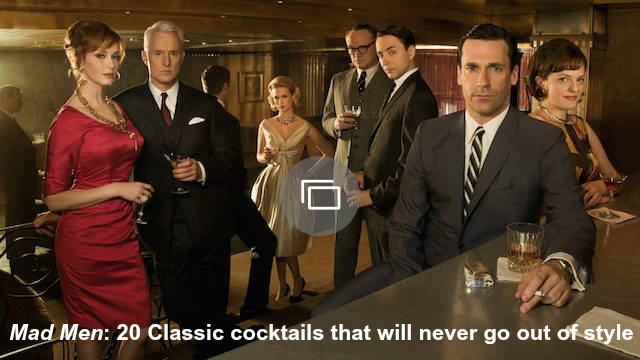