We’ve got some news about ABC’s Nashville, including spoilers about a possible new man in Rayna’s life, a burgeoning friendship forming between Deacon and Avery, plus info on the cast performing at a recent concert. 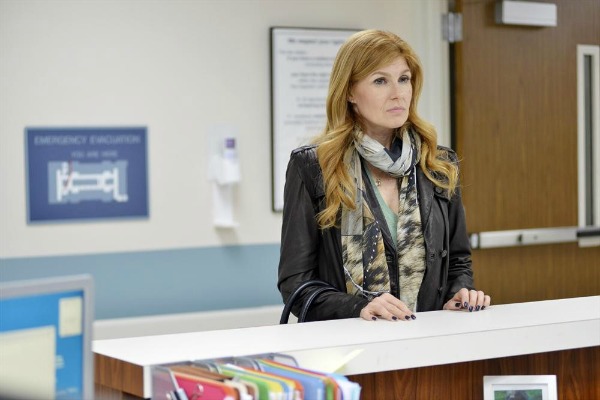 Is the cast prepping for a concert tour?

First up, we’ve got an interesting piece of news about the cast taking the stage at a recent concert. The Tennessean reports that the festival originally only listed an addition to the program that would include Nashville musical directors/contributors Colin Linden and Buddy Miller, along with “surprise cast members” from the ABC prime time drama.

As it turned out, those “surprise cast members” included virtually every musical member of the show’s cast. Connie Britton (Rayna) joined Charles Esten (Deacon) to perform a song from a future episode called “At the End of the Day,” and Hayden Panettiere (Juliette) shared the stage with local songsmith and frequent Nashville contributor Kate York to sing “Telescope.”

The concert also included one new face: newcomer Chris Carmack, who made his debut as Will on Wednesday night’s episode, also made an appearance. Several more Nashville songwriters took the stage throughout the evening, including Gary Nicholson, Tyler James and Sarah Buxton.

After reporting that the cast might be prepping for a Nashville concert tour, we have to wonder if the cast got together on stage to try out their acts.

Nashville recap: Moving on and growing up >>

Is Rayna looking for a new man?

Next up, we have news that Rayna is definitely going to be hooking up with someone new. E!online reports that Rayna is going to be spending a whole lot of time with another country guy on the ABC hit: Liam! Reportedly, Rayna and Liam will definitely be together by Episode 18 — the kind of together where they’re planning weekend trips.

Series creator Callie Khouri spoke about Rayna’s new single status to The Hollywood Reporter. When asked if Rayna would start playing the field now that she’s getting a divorce, Khouri said, “It would be interesting to see that. But I figure Rayna and Deacon will eventually find their way back to each other — but I don’t really know yet.”

So don’t fret if you’re dying to see Deacon and Rayna together, because it looks like it may still happen someday. 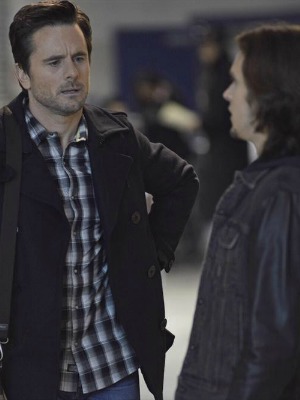 Last we saw, Avery had been forced to give up music and take a job as a roadie. It looks like that career choice may send him in a very interesting direction. Charles Esten spoke to The Hollywood Reporter, saying that Avery will wind up joining Rayna and Juliette’s tour for “reasons that would surprise most.”

“Deacon sees an awful lot of himself in Avery — way more than in Gunnar or anybody else,” Esten said. “Deacon will have some advice for Avery, and giving advice is one of the things Deacon does best. He can’t fix himself, but he’ll damn sure try to fix everyone else.”

Now there’s a friendship we didn’t necessarily see coming, but we’re definitely intrigued by it.

Tell us: Are you hoping for Rayna and Deacon to hook up? Do you think a Nashville concert tour is coming our way? What do you think of Avery and Deacon’s new friendship?

Nashville airs on Wednesday nights at 10/9c on ABC.