Sunday is just around the corner and so, too, is Westeros. 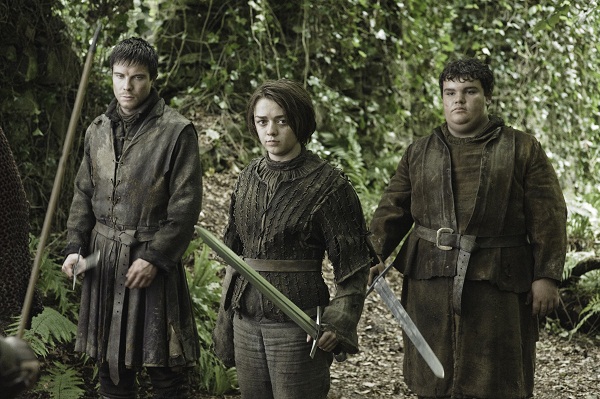 After kicking off Season 3 with record-breaking viewership, Game of Thrones is set to return with its second episode of the season. It’s a good one, too… one of those episodes that really helps tell the story and set the scene. For instance…

WTH is going on with Bran?

Bran will make a new friend and from that relationship, we’ll learn the reasoning behind his visions and dreams. We’ll also learn he’s not the only one who has them. Like so many things in Westeros, things may not be as they seem. Will this new person stay a friend or become a foe?

Arya will also meet someone new on her way through the country. Will this person be a friend or foe? It’s difficult to tell. She’ll also meet up with someone from her past. That person is someone who, while often brutish and cruel, has been known to show sympathy to the Starks. It’s unclear how this reunion will pan out, though.

And Margaery? What is she up to?

Anyone who watched The Tudors is probably having a rough time believing Marg (Natalie Dormer) could possibly be as sweet and caring as she tries to come across. The scene with the orphans seemed so fake. This time around, we’ll see her interact with Sansa (someone we like at least marginally more) and it will give us a bit more insight into her behavior. It’s not that she’s to be hated, it’s just that trusting her is proving to be difficult.

Most importantly: Is Tyrion happy?

Okay, sure. Halfman is a bit of an a**. But he’s our a**. Despite his wealth and his uppity family, Tyrion (Peter Dinklage, who isn’t going anywhere) is the perpetual outcast which, of course, makes everyone love him. His wit and snark often make him seem cruel. But, we still believe he has a heart of gold… that definitely belongs to Shae.

To get the less vague answers, make sure to watch Game of Thrones this Sunday on HBO… and read our review Monday morning!