Giuliana Rancic gives us the scoop on her new show with Eva Longoria, Ready for Love, and tells us about the healthy changes she’s making at home for baby Duke. 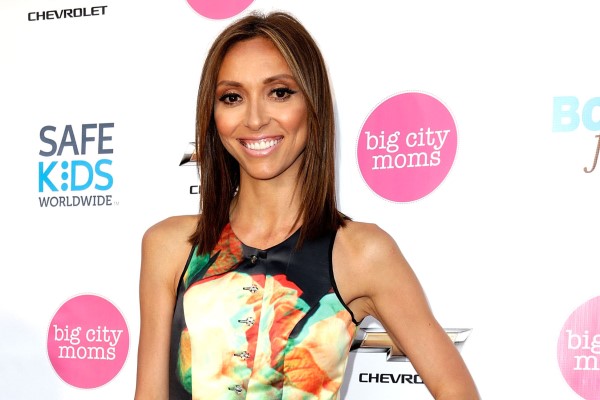 E! News host Giuliana Rancic has been pretty busy lately preparing for her new show Ready for Love and making changes around the house for her 7-month-old son Duke.

“Bill and I are introducing this new idea called ‘Healthing,’” Giuliana told SheKnows about her recent campaign with Lysol. “We’ve been practicing since Duke was born. Now that we have a baby in the house we have to make sure we get rid of as many germs as possible and use the right things to kill and disinfect, and not just clean.”

Giuliana says that she is the cleaner in the house while Bill does all the cooking. “[Bill] jokes that I’m going to get my Italian card revoked for not cooking,” she laughed.

In addition to germ-proofing the house, G encourages families to use springtime as a reminder to clean up other areas of your life as well.

“Take your car to the fire station and make sure the car seat is installed properly, make doctors’ appointments that you’ve been slacking off on and start a new workout regimen,” she advised.

The supermom told us that Duke is growing up fast, and just got his first tooth recently.

“He’s got a big old bottom tooth and it’s the cutest,” said Giuliana. “He’s a sweetheart. He’s rolling all around his crib. He’ll flip over and then flip back. It’s incredible to watch. And he sits up. He’s just a big boy. He’s like 22 pounds, which is a lot for his age. And he loves to eat.”

Giuliana and Bill will be doling out their successful love and family advice starting tonight as the hosts of the new dating show, Ready for Love.

“Eva Longoria executive-produced it, and she picked a great show,” said Giuliana. “What makes the show is different is there are three matchmakers and they’re some of the best in the world. Bill and I, we consider ourselves very in love and have a great relationship. Yet we were learning things every week from them.”

She told us the best advice they’ve received is to improve their communication.

“Engage and listen and contribute, and don’t just talk about your day all the time,” she told SheKnows. “Everyone just wants to feel heard and loved, and that’s something that’s really important.”

Giuliana says this show will differ from shows like The Bachelor in its authenticity.

“Some of the other shows don’t have very successful track records when it comes to staying together,” she told us. “I think this one will be different from the others. I think some of the other shows have almost become more entertaining. I watch them for the scandals and the drama and not for the authentic connections and relationships. I don’t buy it on a lot of the other shows anymore. And this was the complete opposite. It was all about natural connections. There were many opportunities to stir the pot, but that isn’t what the producers were looking for. We don’t need to force it.”

So which Bachelor does G think is the most “ready for love?”

“I like all three for different reasons,” she said. “But I have a soft spot for Ben. He’s the guy you want to bring home. Onstage, between commercials, Ben would look at Bill and I and go, ‘I just want what you have.’ He’s just the sweetest person. He kept asking us and probing us for advice. I felt that he’s been waiting for the love of his life forever.”

Be sure to catch the season premiere of Ready for Love, tonight at 8/9 c on NBC.