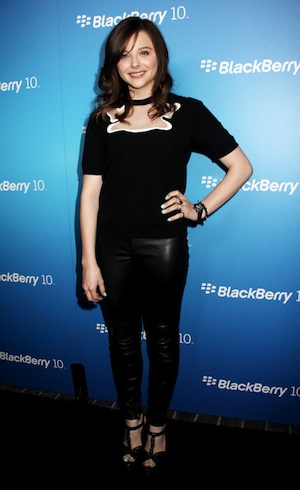 The horrifying story centers on the shy Carrie White, who’s ostracized at both home and school. During her tumultuous teen years, she discovers that she has telekinetic powers. The ability is heightened whenever she’s emotionally unstable, whether due to fear or rage.

The new trailer takes us inside her torment as she’s bullied by her peers. We also get a good look at Julianne Moore‘s take on her religious mother, Margaret. She consistently pushes for Carrie to pray and locks her in a closet. She suffers from her own mental problems, which she projects onto her daughter.

The original 1976 version of Carrie was famous for its interpretation of her prom. It’s there that she was drenched in pig’s blood and lost control. In this video, you can see glimpses of the collateral damage.

Carrie’s powers are a lot stronger than we remember. At one point, she crushes a car in the blink of an eye. This trailer puts the teaser to shame.

What do you think of the new Carrie? Does it scare up your interest?